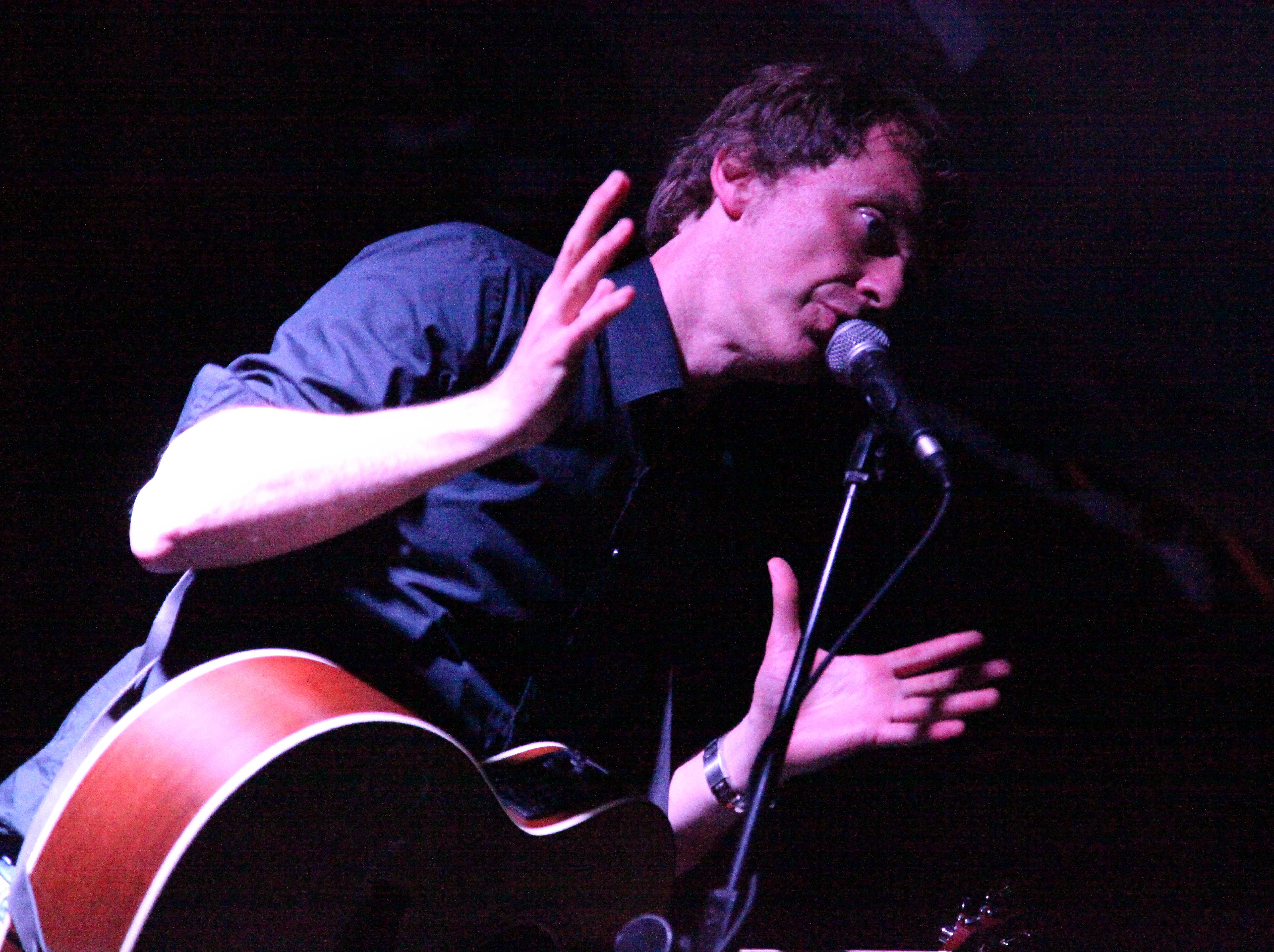 There were no support groups before Richard Youngs took to the stage, and that’s not the only difference between a Richard Youngs event and a regular gig. In a way, he is his own support act.

Before a note was played, Youngs stood in front of the microphone for about 10 minutes talking to – well, entertaining more like – a decent sized crowd. Rather than being impatient about this, the audience lapped it up, including the part where Youngs gave a demonstration, that morphed into an audience participation experiment, of the type of throat and vocal exercises that can be used to prepare for a gig. It was difficult to tell when “the set” as such did commence, as those in the crowd who were clearly familiar with the artist and his musical output believed it was from the second he took to the stage.

When the musical section of the night began, it was with a metronomic, one-pace rhythm; one hand held the mic stand whilst the other strummed down on the guitar strings in an open chord fashion. Some numbers went on for five minutes or so, whilst others were so short that their introductions were longer.

Loquacious in dialogue whilst sparing in verse, “I’m not sure where this song is going” Youngs announces at one point, but that didn’t seem to worry the crowd. What is certainly not in doubt is the purity of Youngs’ voice, which seems capable of shattering glass if he put his mind to it

A solitarily, purple spotlight partially illuminated one side of Youngs face, that kept him in shadows for most of the evening, making him seem vulnerable and exposed. However, such is the warmth that he is capable of exuding, that at his request, almost the entire crowd became his backing group for one song, a song which didn’t even have what could be called a chorus.