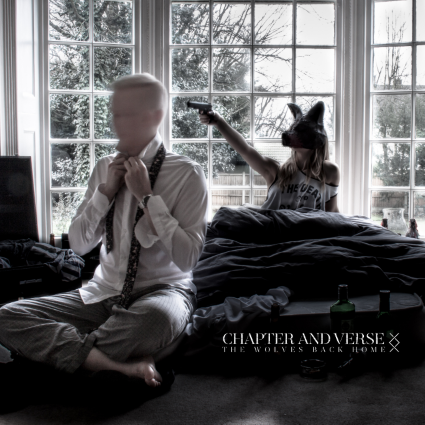 Chapter & Verse – The Wolves Back Home

Chapter And Verse claim to be unique blend of everything they love about music and set out to prove it with debut EP, The Wolves Back Home.

Opener ‘The New Breed’ kicks off sounding like a slightly less chaotic version of Arcane Roots but it still bangs. The track dips up and down in mood but doesn’t lose pace and when the band go for the heavies, they excel.

‘Tunnels’ has elements of Mallory Knox but with more grit and lead single, whilst ‘Shelf Life’ nods to American bands such as HRVRD, especially vocally. It’s a perfect single choice to show what the band are all about at this stage.

Next up is the EP’s slowest moment. The piano led ‘Electric Tongues’ isn’t your average mid-album ballad though. It slows things down considerably but it’s a welcome change and doesn’t feel forced or out of place. The track builds slowly with thumping drums and increasingly fragile vocals towards an almost epic climax.

The EP’s closer, ‘Slave’ brings back the riffs in a big way and is a great way to end the record. It’s a short, snappy dose of what we’ve heard throughout the last four tracks but sticks out as a possible highlight.

With ‘The Wolves Back Home’, Chapter And Verse have pretty much done what they set out to do. The band clearly take influence from certain bands but it doesn’t feel fake or contrived. Whether Chapter And Verse are unique or not is certainly up for debate but this is an ambitious debut release that’s worth a look.

Venue: The Wolves Back Home
Support Band: Self Release