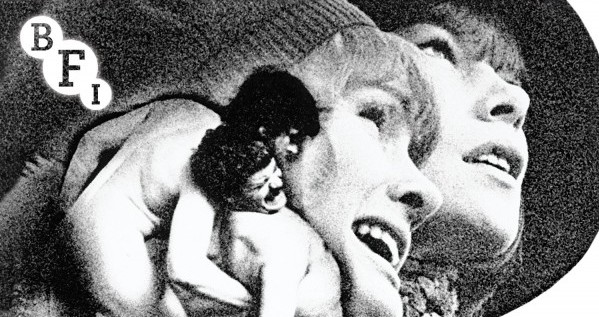 One of the extras on the new BFI release, Women in Love explains that a film set in the past (or in the future for that matter) tells us more about the time we live in than the time is supposed to be set. This is certainly true with Ken Russell’s Women in Love. Based off a novel by D.H. Lawrence which was written in 1917 and published in 1920, the year that Russell’s film is set. Written during the First World War, there is very little reference to war in the film and while the focus is on human relationships the film also tells us a great deal about the sexual revolution taking place in Britain during the Swinging Sixties. This was also the film that put Ken Russell on the map and gave some indication what an advanced director he was; arguably the most inventive British director since Alfred Hitchcock.

Women in Love is set in a fictitious northern mining town in Post Edwardian Britain. The poor and the hard working miners are clearly not a part of the emerging flapper generation of the 1920s. The plot revolves around two young women (played by Glenda Jackson and Jennie Linden) and two men (Alan Bates and Oliver Reed). The paths of the four cross at a bohemian party organised by the eccentric Hemione Roddice (Eleanor Bron). At the party she has arranged a Diaghilev inspired dance performance. One of the quartet, Rupert (Bates) decides that the group should take up their owns style of dancing, angering Hermione. A relationship develops between Rupert and Ursula (Linden), a school teacher he has seduced. Meanwhile Ursula’s sister, Gudrun (Jackson) is drawn to Gerald (Reed), the son of a mine owner who is dying of Black Lung. After the party Gerald and Rupert bond after some naked Roman style wrestling. The relationship between both couples is tense and come to a head on a trip to the Swiss Alps.
Women in Love thankfully received no cuts when released in the UK in 1969 thanks to a relaxed BBFC, with films getting passed with full frontal nudity that would eventually lead to Russell’s own The Devils in 1970 and finally the brutal rape scene in Sam Peckinpah’s Straw Dogs (1971). The most famous scene is the nude wrestling scene, though tastefully done could easily have marked the title of the film as ‘Men in Love’ with obviously more ambiguity between the relationship between the two men throughout the film as well as between the men and the women (particularly given that the two women are sisters). Throughout there is a sexual frisson between both Reed and Bates’s characters. After all it also has to be born in mind that this film was made and released two years after homosexuality was decriminalised and there was a move to more openness with homosexuality – further emphasising that although the film is set in the past it does say more about the times in which it was made.
On the Blu-ray the colours of the film come out strongly with the new 4K transfer (although there did appear to be some fading in and out of darker tones nearer the beginning of the film), bringing out the contrast between the colourful and fashionable clothes of the women compared to the dark earthy tones of the working communities they walk amongst. Women in Love was Russell’s first film as an auteur. He had made Billion Dollar Brain (1967), the third in the Michael Caine Harry Palmer films and been a director for BBC arts programmes, a film that in no way looks like a Russell film. Some themes he expanded further in the 70s starting with the Tchaikovsky biopic, The Music Lovers (1970) again starring Jackson. Russell became known as the most eccentric of Britain’s filmmakers and he is supported by his wife, Shirley Russell as the film’s costume designer; in the booklet accompanying the disc there is an essay on the costumes designed for the film.
Women in Love has been released widely before but never so fully and here the extras also include the late Russell providing an audio commentary, previously released on a US disc and a commentary by writer and producer Larry Kramer. Also included on the extensive extras are an interview with the film’s director of cinematography Billy Williams, the Glenda Jackson Guardian lecture and a behind the scenes documentary about Glenda Jackson and her work on Women in Love as well as another classic about relationships, Sunday, Bloody Sunday (1971) among other extras, proving that BFI is able to draw on its large available material. As a film, Women in Love still stands the test of time and is an iconic study of human relationships and this is its strength. It lacks the excesses of some of Russell’s later films and feels better controlled while the more controversial aspects of the film appear very tame these days.
Chris Hick
Share
Tweet
Pin
0 Shares