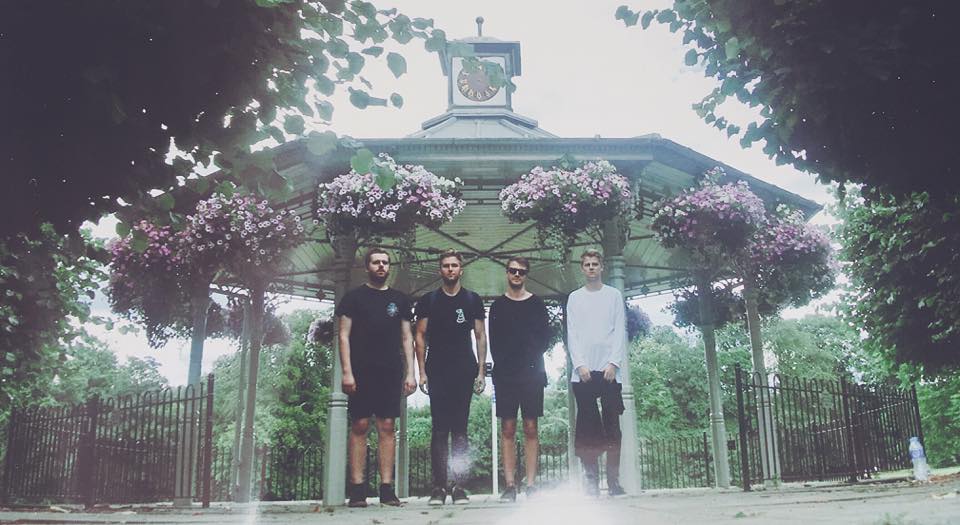 My Only are a Norfolk based foursome that look to make an impact on the UK rock scene with their debut EP, ‘This Room & You‘. It’s a short and snappy 4 track that wastes no time at all getting down to business.

Opener, ‘A Little (Less)‘ attacks from the moment it begins with a tirade of frantic drumming. As the rest of the band join in there are hints of hardcore, pop punk and more straight up alternative rock all fighting to be at the forefront. Vocally, the band are heavy without sounding too aggressive or screaming which is a something Crooks (UK) did flawlessly on their last record.

As the first song fizzles out into a more somber tone, the pace picks back up for the following tune, ‘I Had To Pay For Every Breath I Took’. The song follows the previous in it’s high energy with smatterings of quieter and more vulnerable sections. There are dual vocals at the end of this song reminiscent of Enter Shikari’s vocal interplay between members.

‘Saboteur‘ is the first sign of a slow moment. The track starts with not quite clean but nice guitar leads and delayed, post rock ambience in the background with a half-shouting, half-singing style vocal that melodic hardcore bands such as Departures do a lot. Rest assured the rest of the band chime in early on and the track builds towards something rather epic.

The EP ends with the lead single, which is another stomper. ‘No World Without You’ is probably the safest song on the record but it still rolls along with force.

My Only are a strange band and are hard to categorize which is a rare thing these days. They would sit next to Crooks with their hardcore elements and uncompromising drums but there are hints of more aggressive pop-punk like The Story So Far to name but a couple. At only 13 minutes in length, My Only have produced a cracking little EP that points towards much bigger things.