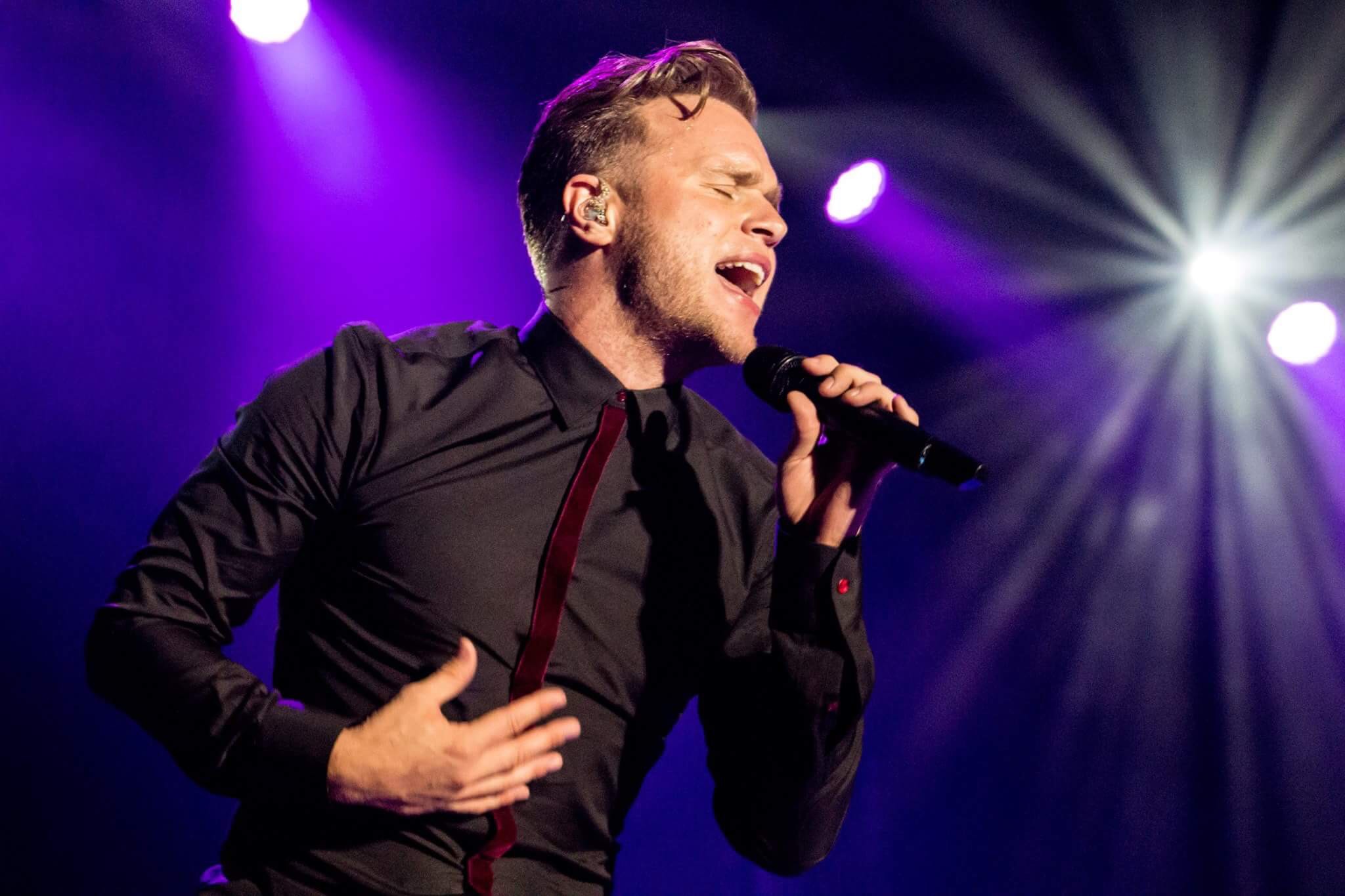 This year Fusion Festival was packing it’s bags and moving for a huge pop party weekend at Liverpool’s Otterspool Promenade for the 3rd and 4th of September. Having previously been held in Birmingham’s Cofton Park, this year it graced the banks of the River Mersey in Liverpool, city of music and culture to host names in pop royalty such as Olly Murs, Busted, Lawson and The Vamps.

After Jason Derulo’s epic headline on Saturday it was now time for ‘Troublemaker’ Olly Murs to headline Sunday’s show.

Despite the rain early on in the day fans queued outside the venue in anticipation, lining up to see some of fusion’s finest take to the main stage.

First up were Californian band ‘The Tide’. Formed in 2015 and signed to the same record label as ‘The Vamps’; Drew, Austin, Levi and Nate put on a show for fans who had eagerly waited with banners and sign’s. They sang crowd pleasers ‘Young Love’ and ‘Trouble’ while Drew hyped up the crowd by aiming his guitar at the crowd with the words ‘You’re Hot’ written on the back in neon pink tape.

Lawson were next up to the stage with Andy, Ryan, Joel and Adam leading an energetic performance, engaging with the crowd before singing their 2012 hit ‘Standing In The Dark’.

Next up and changing the tone was British singer/songwriter Jamie Lawson who played an acoustic set of songs such as ‘Cold In Ohio’ and ‘Someone For Everyone’. His lyrics echoing the style of Ed Sheeran who signed him up to his record label Gingerbread Man records in 2015.

Becky Hill took to the stage next to deliver a fresh and stripped back performance. The former Voice UK contestant who rose to fame after her John Legend cover of ‘Ordinary People’ on the show was keen to show everyone what she was made of. She embraced the crowd and encouraged them to sing with her during ‘Gecko (Overdrive)’, before singing Wilkinson’s ‘Afterglow’ where her passion for the music became clear.

Former X Factor contestant Ella Henderson was up next raring to sing hits from her 2014 album ‘Chapter One’. She sang ‘Ghost’, ‘Yours’, ‘Here For You’ and fan favourite ‘Mirror Man’ which had the crowd on their feet. She owned the stage and expressed her love and passion for the music through her expressive hand gestures and interaction with the audience.

Shaking things up once again were British pop rock band ‘The Vamps’ who had the crowd in a frenzy of excitement when lead singer Brad Simpson came running on to the stage. He played up to the screams and cheering of the crowd running to and from the main stage before joining the rest of the band for their first song and 2015 hit single ‘Rest Your Love’. They then went on to sing ‘Somebody To You’ and ‘Kung Fu Fighting’ before they were joined on stage by support act ‘New Hope Club’. Brad swapped his guitar for a set of drumsticks to play ‘Cecilia’ for the band who have been supporting ‘The Tide’ on tour this year.

Next up were a band no one thought they’d see back together, pop rock band Busted brought an injection of teenage nostalgia for fans who had waited 11 years to see them live again and in their original line up, including frontman Charlie Simpson who vowed would never return after his departure from the band in 2005.

Having played several sold out arena’s as part of their ‘Pigs Can Fly’ comeback tour they were ready to take the Fusion stage by storm for their penultimate show to prove that in 11 years nothing had changed. They opened their set with new single ‘Coming Home’ before playing songs from their back catalogue of classic hits such as ‘What I Go To School For’, ‘Crashed The Wedding’ and ‘Air Hostess’ before James dusted off his key-tar for ‘One Of A Kind’ filling the air with electric riffs reminiscent of the 80s. They interacted with the crowd running around, pulling faces and even joked about getting requests to come and crash people’s weddings. They closed their set to an incredible sunset and the punchy lyrics and familiar beat of ‘Year 3000’ before thanking the crowd for their support.

Finally to close the set was Essex pop sensation Olly Murs who teased the crowd with images on the video screens before appearing on stage. He opened with ‘Did You Miss Me’ where he danced provocatively for the crowd making their ‘Hearts Skip a Beat’. He moved around the stage and played up for the camera’s creating a passionate and energetic performance for the crowd who had waited all day to see him live. He went on to sing ‘Seasons’ and ‘Right Place Right Time’ before the crowd chanted for him to take his shirt off, to humour them he ripped it off and threw it into the crowd only to realise the only other clothes he had were back in his hotel room!

This year’s festival was a huge success, it’ll be great to see who will headline next year!

Photo and review by Sarah Smith