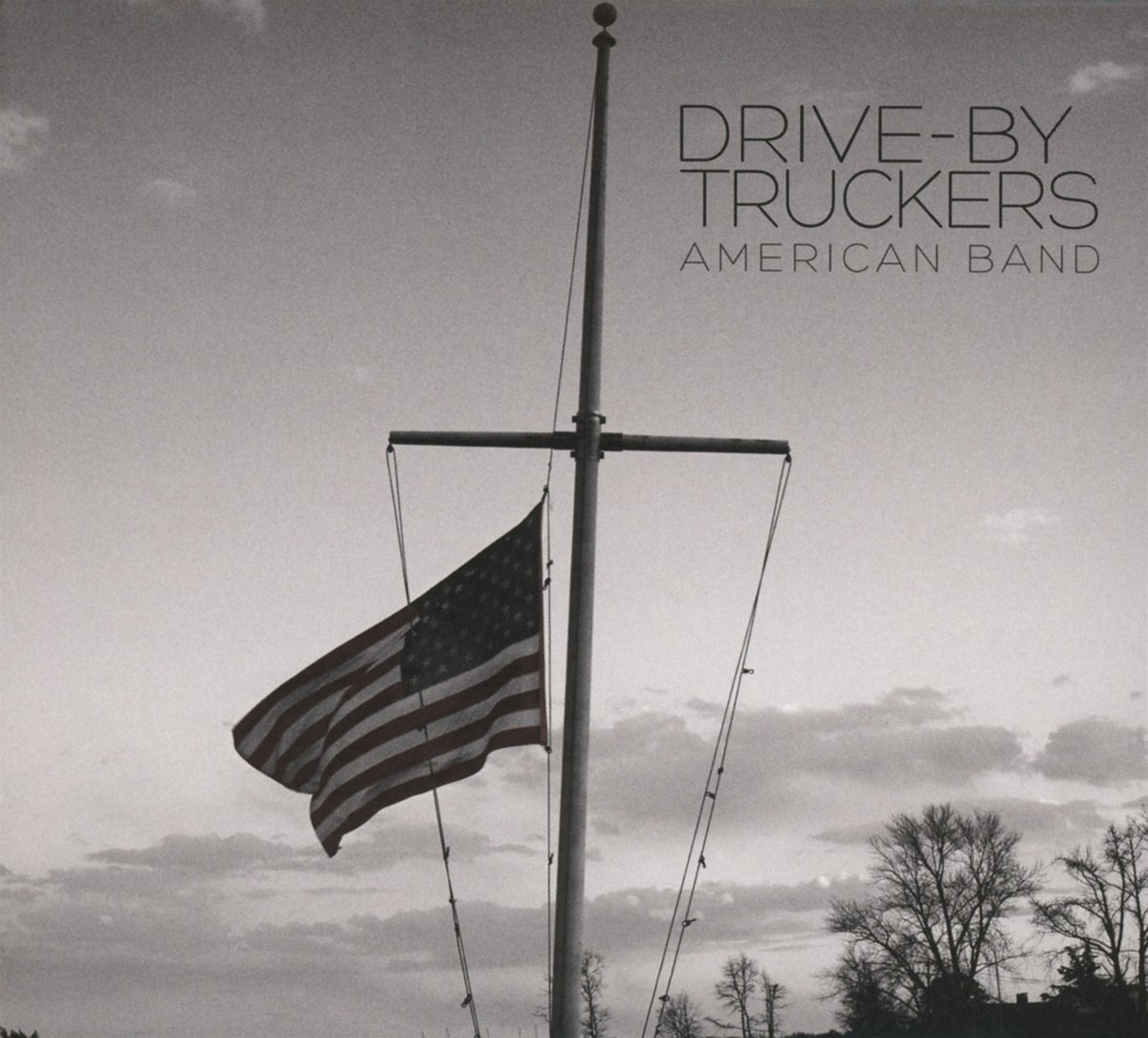 The eleventh album from Southern rockers Drive By Truckers is a modern protest record. The group from Athens, Georgia has become best known for its perceptive examinations of the culture and psyche of the South. This powerful indictment of present day USA has a much wider target, and they hit it directly and repeatedly.

Drive By Truckers have been around for twenty years now. Built around the combined talents of Patterson Hood and Mike Cooley, the band has two creative forces, both fine songwriters, singers and guitarists. Their epic double concept album Southern Rock Opera tells the story of the band Lynyrd Skynyrd as well as the complexities of life in the 1970s South. For several albums the band also had a third focal point in a young Jason Isbell, who has since gone on to become a hugely successful solo artist and one of America’s foremost songwriters.

But American Band is not a really typical DBT album. Many of their past messages were delivered through metaphor. This time around the style is direct and to the point, editorialising rather than weaving stories. It is a sign of their concern for the state of their country and serves as a call to arms. For the album’s cover they have even moved from their usual brightly coloured Wes Freed gothic painting to the symbolism of an almost greyed out Stars and Stripes against a desolate sky.

The mood is set by the album’s opening track Ramon Casiano, the story of a young Mexican shot and killed by the man who would later turn the NRA into the powerful political organisation it is today. A teenage Harlon Carter (never named in the song) was initially found guilty of murder but the conviction was overturned on appeal by a court in Texas. There is a parallel to many more recent shootings. The opening line, ‘It all started with a border, and that’s still where it is today’ makes that very clear.

Several tracks expand on the theme. Guns Of Umpqua examines one of many college shootings, this one in a rural Oregon Community College last year. The sound is restrained and almost relaxed, yet the lyrics are brutal in places. The massive Darkened Flags On The Cusp Of Dawn is the closest to an old style Truckers guitar onslaught, and the anger here is palpable. Surrender Under Protest was inspired by civil rights activists’ successful campaign to remove the Confederate flag from the South Carolina Statehouse, and berates those who try to justify their actions with the defence of tradition.

What It Means sees a weary Hood trying to make sense of it all – and failing. The acoustic song is again almost upbeat in sound, yet the contents tell of the shootings that led to the formation of the Back Lives Matter movement. The lyrics are pointed, describing Trayvon Martin, ‘dead and buried, and laying in the ground with a pocket full of Skittles.’ The descriptions of racial divide and of a country on the precipice are chilling. In total contrast, Filthy And Fried tells of many lives lived obliviously in relative comfort, where the hardest thing is getting through being 27.

The superb Kinky Hypocrites is Cooley’s acerbic take on the activities of several tv evangelists, described as ‘the greatest separators of fools from their money” in a delicious southern boogie style. He then turns his fire onto censorship in the lovely Once They Banned Imagine. Ever South, a complex six minute long song, tells of Hood’s Irish ancestors’ journey to the US and eventually to the South, as well as his own recent move from his home state to Oregon. The subtext is a reminder that the US has always been a country of immigrants, not always welcomed yet adding to the collective wealth of the nation.

The closing track Baggage is another that works on several levels. Written immediately after the death of Robin Williams, Hood also reflects on his own battles with depression before widening his perspective to the baggage that is dragging the country down. Like many fine songs, the mix of the personal and the universal is its strength.

American Band is a modern protest album that examines much of what divides the USA right now. But it doesn’t take the strident tone that many albums of this nature do. Rather the anger that is clearly present comes through with a feeling of resignation. There are no easy answers and they don’t try to find them. But if the purpose of the album is to raise awareness and to pose questions then it succeeds. And in considerable style too.