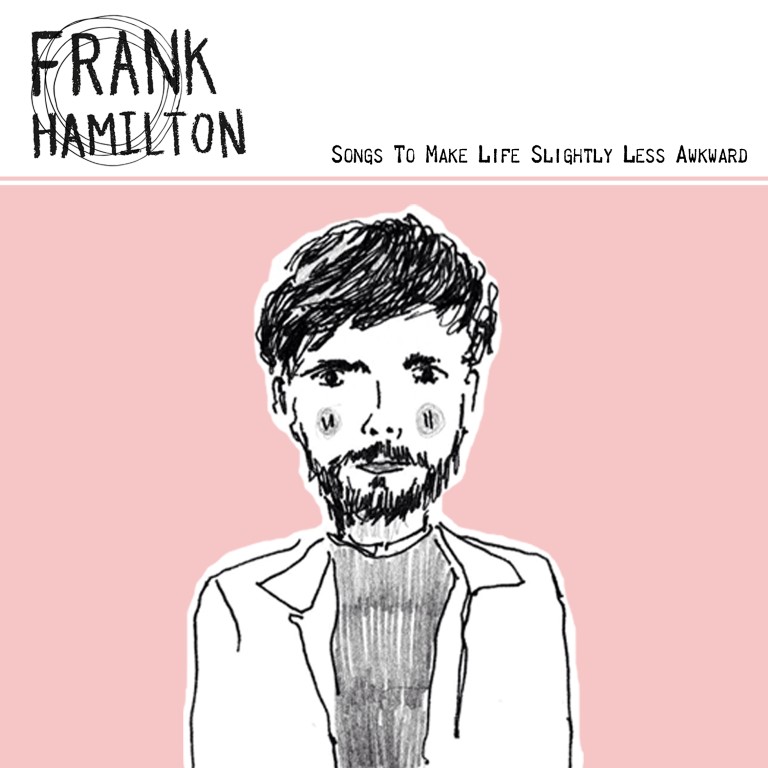 There’s something rather warm and endearing about the new album from indie pop songwriter Frank Hamilton. His simply told stories of love and everyday life portray a young man struggling to cope with the modern world – and it’s easy to empathise with him. The lyrics have a wry humour to them, at times deeply emotional and in others using fast paced delivery and clever word play.

This is very much an indie album, largely recorded in Hamilton’s bedroom using vocals, electric guitar, drum machine and the occasional hard to identify percussion object. The core of the songs was then mixed in a studio with live drums added. It all comes together rather nicely, giving a series of short songs with an infectious feel delivered in a warm, emotive voice.

Many of the songs relate to the search for love in the modern world, with life frequently getting in the way of plans and hopes. The romantic of LoveDrug is looking for meaning at 4am and in Saturday Night he searches for love in the city, apparently as an escape from a mundane life.

Songs We Fall Asleep To has a folky feel, with some good guitar fingerpicking. The resigned air suits the lyrics very well, as this time Hamilton takes a look at the downside of a relationship, yet also sees that it is worth persevering. Or is it settling because being alone would be worse? Recycling takes this a little further, using a clever metaphor for starting over. Then there’s the optimism of the forward looking 10 Days Time, an ode to sorting your life out and moving ahead and the more cynical Had Enough, which also explores the need for change.

There are also some darker tracks here. The Only Cloud tackles depression in a surprisingly upbeat manner. 21C contrasts the advanced technologies of the 21st century with the cost of the constantly fast pace of life, while What If poses a series of questions that range from profound to absurd. The closing track More Or Less has a feel of giving up, ending the album on a note of resignation. Hamilton, it seems, basically yearns for a simpler and slower life.

In his career so far Frank Hamilton has written and released one song a week for a year and also recorded an EP on the London Eye with a string quartet in 28 minutes – the exact time it takes to go around once. He now shows that he can produce a very good album full of hook heavy and melodic pop songs too. And, just to be a little different, you can order this one on cassette as well as vinyl, cd or digital download.