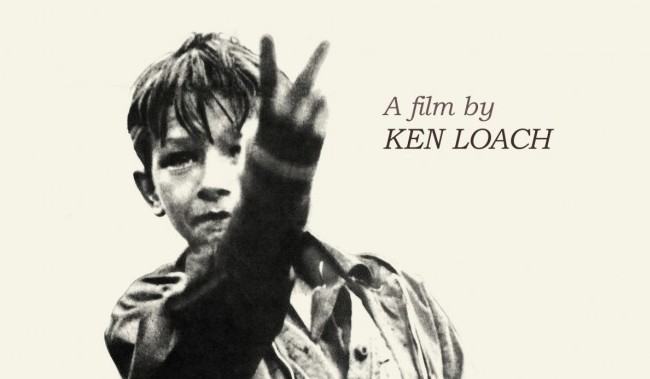 Kes was Ken Loach’s second film and is one of the quintessential films about childhood in a poor socio-economic background. Ken Loach began on TV in the mid-1960s with the police drama ‘Z-Cars’ and a handful of Wednesday Plays’ including the extraordinary and shocking Cathy Come Home in 1966. The following year Loach made his first feature length film Poor Cow starring Terence Stamp, while last month saw the release of Loach’s 26th film, I, Daniel Blake to high critical praise. He is a director, through both his films and documentaries who has highlighted the struggles of working-class families and individuals.

Released by Eureka! in their Masters of Cinema series, Kes is ranked in the top 10 of all time British films. For me there is something personal about seeing this film again, especially on a new Blu-ray transfer. It was a film that I watched at school when I was 8-years-old. This was before videos (VHS or Betamax) and watched it on a large screen. The film resonated with me as a child and in retrospect I was maybe a little young for some of the subjects and language in the film. Loach shot the film in Barnsley between 1968 – 1969. Most of the cast, particularly the young cast were taken directly from the neighborhood where he filmed it. The wicked headmaster with the scrapeover was a real headmaster, Colin Welland, who plays the genteel and caring English teacher was a professional actor (and had previously worked with Loach on ‘Z-Cars’) had also been a teacher before becoming an actor. It opens with a political image. Billy (David Bradley) is sharing a bed with his older brother when the early morning alarm goes off and his brother gets ready to start his shift at the mines. Clearly the lads only can share the bed due to a lack of other bedrooms in the house. They live with their mother who probably works in a capacity at the mine and there is no father present. This relationship is in many ways the lynch-pin to the film with the conflict between the brothers beginning and ending the film. Billy then goes to the newspaper shop where he works doing a paper round before school. This early scene also demonstrates much of the humour of the film and, it has to be said comes down to the extraordinary performance by Bradley’s Billy. David Bradley was a 14-year-old Barnsley school boy when he won the part for Billy and his role is in many ways iconic. Between the paper round and going to school, Billy crosses a field where he sees kestrels flying around. His curiosity is aroused. At school we are introduced to many of Billy’s school mates (all were also non-actors) and mostly from St. Helen’s School, the school used on the film. After school Billy returns to the field and the ruins of a manor house where the kestrels are nesting and takes a young chick (they actually used three in the film) that Billy takes back home. He is advised to go to a library but is denied entry by the library attendant for his dirty hands and he’ll get the books dirty (“I don’t read dirty books” replies Billy). He becomes obsessed by caring and nurturing the bird finding an interest and a knowledge hitherto untapped in him. The English teacher, Mr. Farthing (Welland) asks the children in his lesson to come to the front and talk about their hobbies. Billy is forced to speak about looking after the kestrel and uses words even the teacher has not heard before like ‘Jesse’. His fellow school pupils look enthralled and according to Welland on one of the extras on the disc that was genuine as the kids from deprived backgrounds were feeding off Billy talking about rearing and training the kestrel with such passion. Of course not everything will be smooth sailing.

As already mentioned there is much humour in the film, in many ways perhaps more than in most of his films, which probably goes someway to understand its appeal. The funniest scene in the film is the football match with the overweight and deluded sports teacher (the always good Brian Glover) who splits his rag-tag team of school kids with their mis-matched football kits into Manchester United and Tottenham Hotspurs; one boy is wearing shorts, but also a white school shirt, while Billy wears oversized shorts and of course is put in goal. (Loach even amusingly uses titles to keep the football score.) Another example of how poor this school is the sloping pitch. Most of the actors in the film, as with many Loach films were non-professionals. That is not to say that all were amateurs. As well as Welland and Glover there was also Lynne Perrie, who plays Mrs. Casper, Billy’s mum. Perrie had been a cabaret performer in previous to the film and is perhaps best known as ‘Coronation Street’ character Ivy Tilsley. The film will also be a favourite and the extras on the disc play this out. In one extra there is a conversation at the National Media Museum in Bradford from 2006 between Welland, Loach, producer and co-screenwriter Tony Garnett, novelist and co-screenwriter David Hines. Other extras on the disc include talks by Bradley, Garnett, kestrel advisor Richard Hines and director of cinematography Chris Menges.