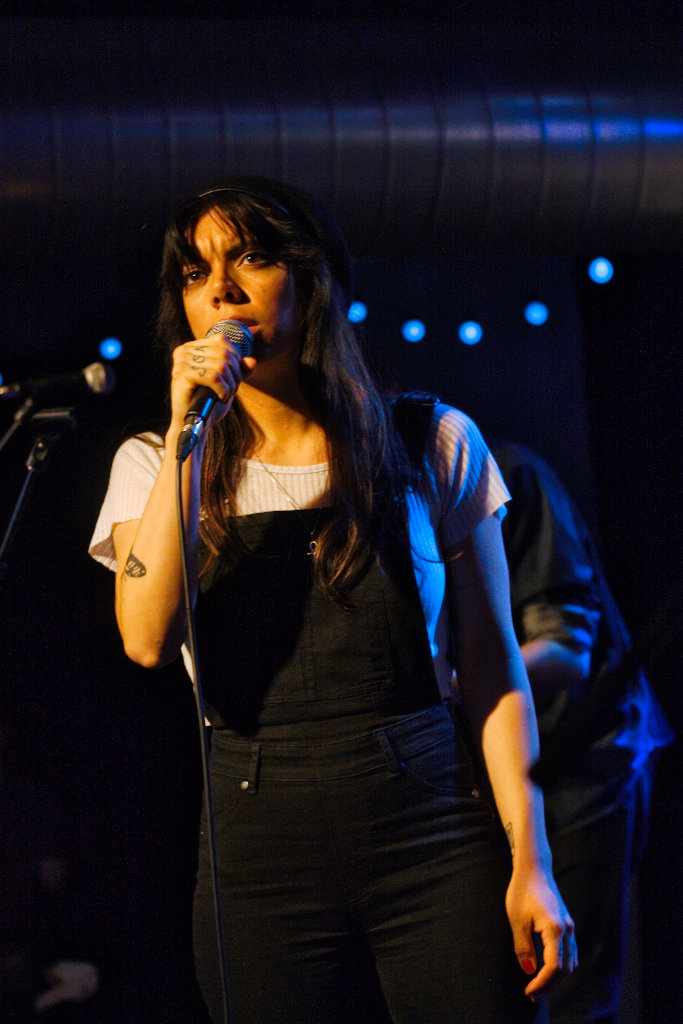 Glasgow’s internationally renowned Celtic Connections festival is back with its usual mix of traditional Celtic music and guest artists from related musical strands. There is always a flavour of Americana in there, and this short show from Louisiana’s Hurray For The Riff Raff was ideally scheduled, taking place just hours after the inauguration of a new President.

Support act Roseanne Reid played an entertaining acoustic set to open the show. The venue was already almost full as Reid showcased her tender love songs, delivered with great feeling. Her smoky and evocative vocals over some nice guitar picking came across very well. The newly written upbeat Take It From Me and the country tinged It Is You were the pick, along with a good cover of Justin Townes Earle’s Ain’t Watin’. Roseanne Reid is a good songwriter and shows considerable promise as a performer.

Hurray For The Riff Raff is a vehicle for the immensely talented Alynda Lee Segarra. Born in New York of Peurto Rican descent, she left home at 17 to travel and eventually landed in New Orleans. There she developed a folky style of music that took influences from the blues and country as well as a distinctly Southern sound, and produced several very good Americana records.

The current line up of the band has much closer to an indie rock style, although the various influences are still clear. A faster pace and a more strident sound allows Segarra to expand her vocals much more, bringing her passionate and poetic lyrics to life. The band’s hour long set showcased several tracks from forthcoming album, The Navigator, as well as a few old favourites. Opening with new songs Life To Save and Nothing’s Gonna Change Girl, the sell out crowd were drawn into the show from the off. Older song Daniella came next, before Rican Beach, a protest song against gentrification, then Lake Of Fire, which featured some fine guitar work and an instrumental section that allowed the band to shine.

The set continued with a focus on new tracks, which for some artists would be a risky strategy, yet the band pulled it off and in some style too. Title track The Navigator introduced the central character in what is something of a concept album: a young woman growing up in tough surroundings yet developing the strength and resilience to survive and grow. Hungry Ghost was another highlight, a pulsating bass heavy track with a dark feel.

All too soon the set was over, but the band returned immediately to reward the calls for an encore. St Roch Blues from the last album was delivered in typically impassioned style, before a quick change to the set list saw Segarra dismiss the rest of the band from the stage. She ended the night with a defiant solo version of Woodie Guthrie’s This Land Is Your Land, the crowd joining in the chorus enthusiastically. It summed up the mood perfectly: down but not defeated.

Hurray For The Riff Raff have played several shows in Glasgow over the past few years, and it was good to see them attracting a sell out crowd. Alynda Lee Segarra is talented and engaging and the new album should be a must have for anyone who has an ear for good songwriting and passionate performance. The band has a few more UK dates left on its European tour – check them out if they come near to you.