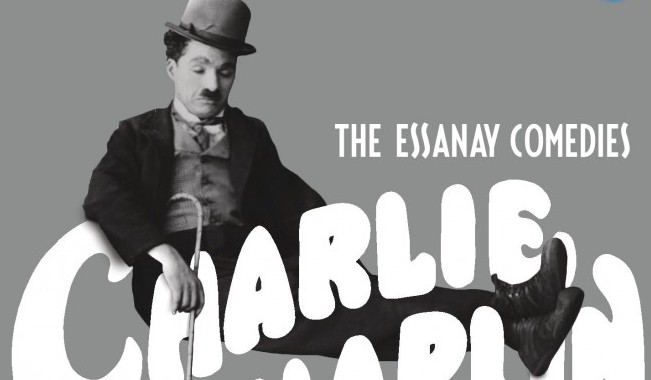 Charlie Chaplin’s film career began in 1914 after a few years with Vaudeville and the Fred Karno Company. He was born in South London and spent his childhood in poverty surrounded by daily struggles and alcoholism. He started at Keystone in January 1914 and by December when he left Mack Sennett and Keystone he had made 35 short one reeler comedies and one fairly dull feature, Tillie’s Punctured Romance as well as becoming a global sensation. After his first couple of films with Keystone he began to develop his character of the Little Tramp. These were quite violent knockabout comedies. By the time he moved to Essanay and made his first short there in January 1915 he had honed and developed this character. Keystone, therefore, had been very much an apprenticeship for Chaplin and even began directing and writing his own material and as a result honing his craft as a filmmaker as well as a clown. Sennett had throughout the early silent comedy period developed comic stars before they were able to demand higher salaries elsewhere.

The first film he made at Essanay was appropriately titled His New Job and has Charlie causing chaos as an extra on a film set (the film includes an uncredited future star Gloria Swanson as a typist). Chaplin once said that to make a comedy all you need is a girl, a park and a bench and there are still those kind of comedies here. Other motifs or situations would also continue as familiar from the Keystone films such as restaurants, on piers, the boxing ring and in poor neighbourhoods as well as routines he had developed in the earlier films in restaurants and at cinema theaters. Chaplin would continue to develop and refine these routines throughout his career. Also at Keystone there was some great talent he worked alongside including Buster ‘Fatty’ Arbuckle, Snub Pollard and Mabel Normand. That support would also continue at Essanay with him co-starring with cross eyed Ben Turpin, although Chaplin and Turpin’s relationship was not an easy one, perhaps centered around ego rivalries. But the most consistent actor who would appear in Chaplin’s films both here and for the next 8 years was his co-star, Edna Purviance, the heroine in all but one of his films for the next 8 years. Chaplin was also in a relationship with Purviance and she was the heroine replacement to Mabel Normand at Keystone.

Arguably the most accomplished film on the two disc set and often marked as his first classic is The Tramp (this is the first time Charlie’s character is labelled as such). This time the film has a more rural setting and sees Charlie as a passing hobo beating off a band of crooks and bullies and saves the farmer’s daughter (Purviance). Unknown to Charlie the girl is promised to another with the end of the film seeing the iconic image of Chaplin walking off down the road alone until the iris shot zooms in as the film fades out. This was a sentimental motif that would see the close of many of his films. It is this element of sentimentality that becomes present in the films at Essanay and can also be seen in the close-up shot of a sad looking Charlie as the janitor realising that he cannot date above his social station in The Bank (another re-hash of a Keystone comedy he had made the previous year). Of course this kind of sentimentality would be perfected in the classic feature City Lights (1931).

Charlie Chaplin’s year at Essanay was not necessarily a happy one. He was constantly arguing with the front house and studio owners. His first film, His First Job was shot in Chicago where the studio was based but he hated the cold weather before he was able to move back to California where he made the next 14 films at Essanay. Chaplin also argued over salary and the length of his pictures, resenting the studio’s involvement. By the beginning of 1916 he moved to Mutual where he was to have a much happier relationship. The studio itself were famous at the time for the Broncho Billy western shorts and as a studio were reluctant to move beyond making 2 reel films. Although Chaplin’s films proved hugely popular the reluctance to not make features signalled the end of the studio and by the early 1920s it disappeared.

This release by BFI appears in both DVD and Blu-ray versions and is a re-packaging of their previous release which was released in 2 volumes. It is much better that all 15 films made at Essanay appear on one disc rather than spread over two volumes. There are also some extras om the discs including an interesting visual essay of Chaplin’s year at Essanay as well as two re-released versions including the 1944 British release of Triple Trouble with a voice over by British music hall artiste Tommy Handley and a 1951 re-release of A Burlesque on Carmen with a voice over by then Goon Peter Sellers. It’s easy to forget that these films are all over 100 years old and have been beautifully restored although naturally and understandably there are some lines running down most of the films.