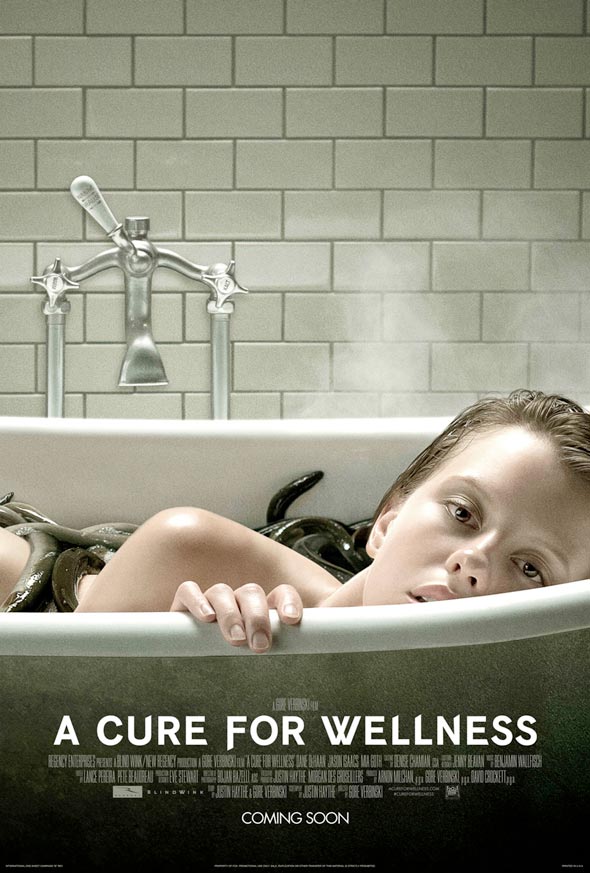 A Cure For Wellness Review

A Cure For Wellness sees visionary director Gore Verbinski, the man behind beloved titles such as Pirates of the Caribbean and Rango, take a deft turn back down the psycho horror route, in this creepy tale of dysfunction starring Dane Dehaan and Jason Isaacs. It follows the story of Lockhart (Dehaan), a young upstart financial executive sent to a strange rehabilitation centre in amongst the Swiss Alps.

Everyone in the centre is of a certain age group – old – and are in dire need of the ‘cure’. This cure seems to be nothing more than water, though over a variety of treatments. But, as is always the case in these films, all is not what it seems, there is something sinister afoot, don’t look in that cistern. While the imagery at play here is superb, and both of the leads give tremendous performances, there is something lacking in A Cure For Wellness.

Or maybe a little more than something. We can talk about the length of the film, or how the plot seems to build and wind down, tries to be clever when you can guess where it’s going within the first hour. It all just seems a bit forlorn. The main issue is a cumulative of all these facts; the plot just isn’t good or interesting enough to keep an audience entertained for 146 minutes of run time.

A horror film of this substance requires 90 minutes, maybe a bit more. There are lavish scenes and scenes which Verbinski tries to turn into moments, the memorable ones you take with you when you leave (see dentist’s chair). But overall, you may leave wondering what you were watching, and that isn’t to the film’s credit.

Dehaan does put in a fantastic turn as the unlikable and unlikely hero of the venture, a fish out of water in this expansive environment. But all credit must go to Isaac’s as the doctor running the show. Suitably creepy, but also leaves you second guessing whether you can trust him or not.

Though it’s not enough to save this poor man’s Shutter Island. And it’s a shame, Verbinski has shown us that he has a real talent for films like this in the past. But sale over substance never cuts it, as is evident here. In a film where many of the supporting cast are happy to leave everything behind and close themselves from the world, much of the audience will find themselves looking forward to returning to it as the credits roll.