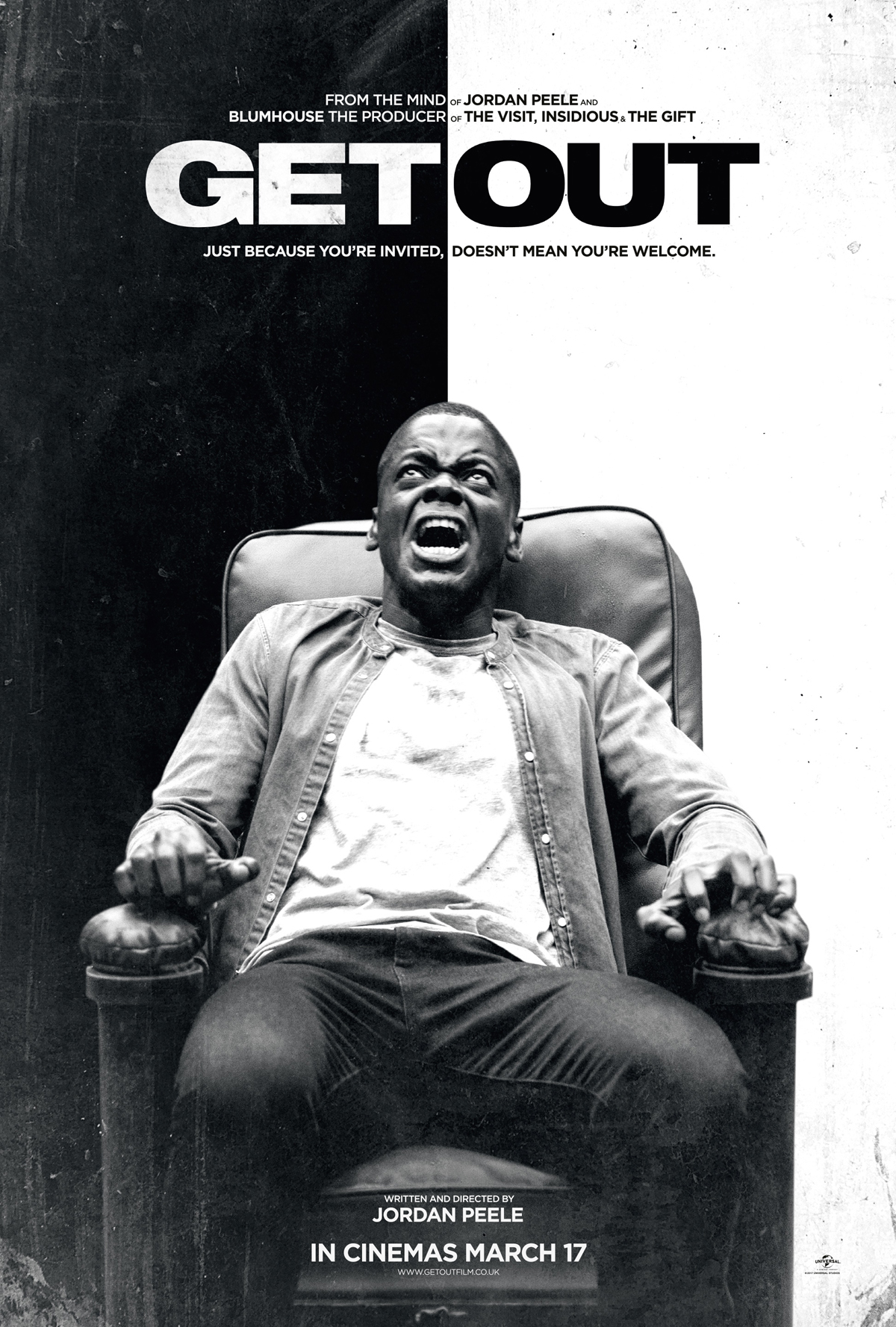 People are loving Get Out, and rightly so. Jordan Peele has, seemingly out of nowhere, brought out possibly the most terrifying film of the year. Which isn’t usually expected of a man who’s previous directorial efforts include the likes of Boner Boyz! and last years action comedy Keanu. So, while it’s fair to say this is a surprise, the tone and some of the subject matter could be seen from his Comedy Central show, Key and Peele. He has shown a mastery for combining suspense and humour.

The subject matter, of Get Out, is racism. But not the cliched, tired, American redneck racism we’ve seen oh so many times on the big screen; this is the easy out. No, Get Out is about white, liberal racism. The social commentary throughout the film is astounding, as we follow Chris (Daniel Kaluuya) go through the oft arduous task of meeting his partner’s parents for the first time. The added hump to get over is that his girlfriend Rose is white, from a very white family.

Though Chris is convinced that there’s nothing to worry about – her father states that he would have “voted for Obama for a third term” if he could – there is an obvious feeling of foreboding. Chris starts to feel nervous, not only is there something up with the other black people in the community, but dozens of white neighbours descend on the house shortly after his arrival. Between Chris and his best friend Rod (Lil Rel Howery), the two deduce that something awry is going on in this neck of the woods, but it may all be realised too late for our protagonist.

The tagline of this film is ‘Just because you’re invited doesn’t mean you’re welcome’, and never has there been a more perfect sub header. The creepiness of Rose’s family is created over the course of the film, it steeps from a slow burn to a realisation that this is deeper than just the Armitage’s. Rose’s parents Dean and Missy (Bradley Whitford and Catherine Keener) are so overtly friendly, it’s sinister. Missy’s absolution in hypnotising Chris is one of many incidents over the course of the film which leave the viewer uncomfortable in their seat, watching in horror as we genuinely don’t know what’s going on.

The film’s third act is, ultimately, bit silly. But it doesn’t take away from weary feeling we are left with throughout. Get Out is a tough watch, but for all the right reasons. It may be one of the most important films at the moment, with everything going on in the world right now. It’s clever, interesting and will leave you thinking about it long after you leave the theatre. Go see Get Out.

Get Out is released in the UK on March 17th.