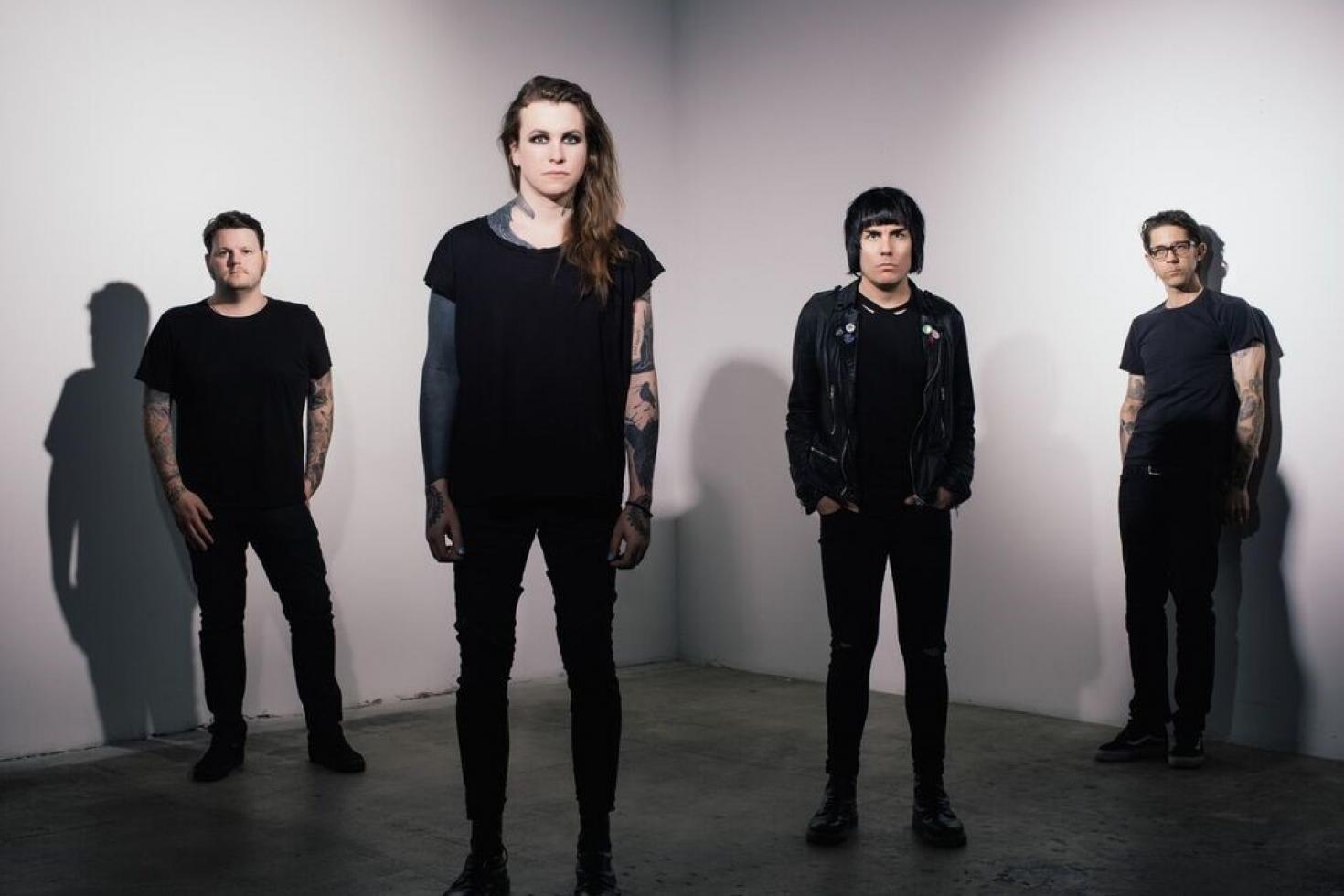 Against Me! reveal video for Haunting, Haunted, Haunts

Celebrated American rock band Against Me! are excited to present the brand new music video for their song “Haunting, Haunted, Haunts” off their recently released, critically acclaimed studio album, Shape Shift With Me. Directed by Margherita Ballarin, who also created the band’s stark yet sentimental animated video for “Two Coffins,” “Haunting, Haunted, Haunts” is a wonderfully kaleidoscopic visual journey that compliments the turbulent nature of the song’s subject matter.

Check out the new music video for “Haunting, Haunted, Haunts”.

Additionally, Against Me! is currently on the road performing its own North American headlining shows in between days supporting Green Day on their 2017 Revolution Radio tour. Shape Shift With Me, Against Me!’s critically acclaimed seventh full-length studio album has the distinction of the first album Laura Jane Grace has written truly from the heart, with no metaphorical cloaks cast over the lyrics. It’s an album about love, that deceptively complex emotion we all struggle with yet has somehow eluded most of Grace’s songwriting for the past 20 years. Recorded, mixed and engineered by Marc Jacob Hudson (Taking Back Sunday, Saves The Day) at Rancho Recordo, Shape Shift With Me is available now physically and digitally via the band’s own Total Treble label.

“Tons of people have written about love. But while love is cliché, it’s infinitely relevant,” Grace says. “For me, having always been in a punk band that was expected to be political, I never felt like I had that option to write about feelings in that way. That’s what I ended up being drawn to this time. It’s writing in a way I thought I could never write before, and not giving a shit about expectations.”

As such, Shape Shift With Me is a loose concept album about travelling the world and falling in and out of love, with Grace serving as the narrator. But even though she was opening herself up to new songwriting topics, she knew what her mission was from the start.

“Is there a record that is about relationships from a trans perspective?” she asks rhetorically. “There needs to be more records about trans rights and everything like that, but feeling like I already did that, I wanted to move on to write commentary on living from a trans perspective. I wanted to write the transgender response to the Rolling Stones’ Exile On Main St., Liz Phair’s Exile In Guyville and the Streets’ A Grand Don’t Come For Free. All those records are relationship records. There’s been an infinite amount of records talking about what love means from a cisgender perspective. I wanted to present the trans perspective on sex, love and heartbreak.”

In a career already full of classic punk records, Shape Shift With Me feels like the definitive Against Me! album—it’s poppy and catchy (“Rebecca,” “Suicide Bomber”), aggressive and in-your-face (“ProVision L-3,” “Dead Rats”), sentimental and longing [Crash,” “All This (And More”)]. Moreover, it’s the culmination of four years of existence as Laura Jane Grace — there’s no going back now, so she might as well embrace it.

Against Me! will return to the UK for the Slam Dunk Festival at the following venues: