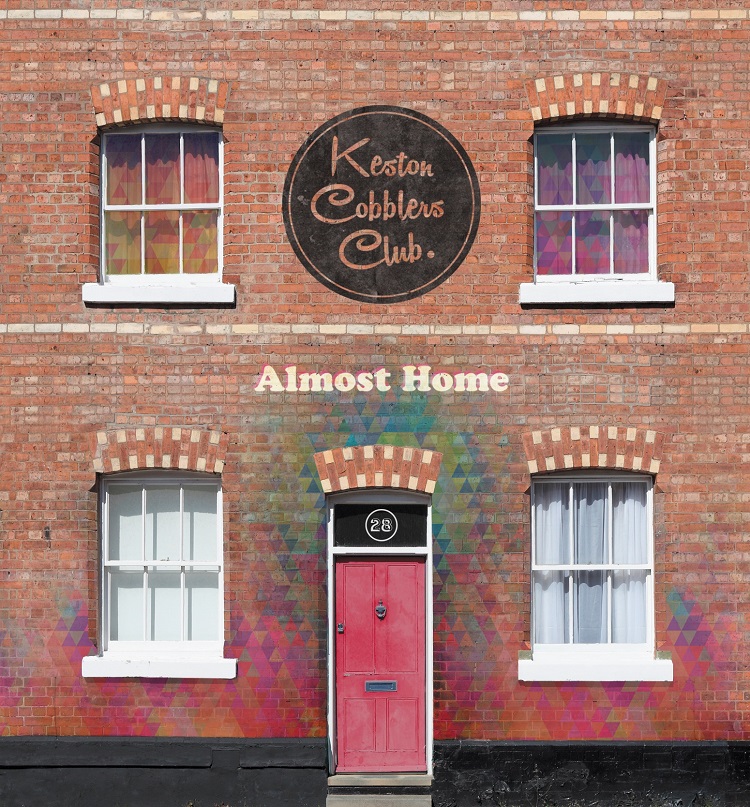 Keston Cobblers Club are back. The folk/ pop quintet with the very interesting name returns two year after the excellent Wildfire with a third album, Almost Home. This one has a simpler folk sound, built mainly around guitar and piano melodies, and the back to basics approach works fairly well. This album may lack a little of the variety of the band’s previous work, but there are some excellent tracks here to enjoy.

The slightly simpler instrumentation does give more room for the vocal interplay between siblings Matthew and Julia Lowe, and their harmonies are quite lovely. There is a brightness and an optimism to the music and the gentle sound leaves the listener with a warm glow.

The album opens with its title track and first single, a jaunty song that sets the tone. Crossover folk/ pop has hit the charts a fair amount in recent times, and this one has been getting significant amounts of radio play. Demons is a real standout with Julia’s superb vocals leading a track with just a little edge to it. Forest Hill is also very good, a wistful and reflective song with real emotion in the vocal delivery.

There are occasional moments of brass on display and on the ballad Martha & Giles we even get a tuba solo. The track itself sees the twin vocals used to good effect in a tender love song. On Your Own feels very different to the rest of the album, with a faster pace and a very nice bass line running through it. Concord starts off as a typically calm and measured track, the piano melody backing the vocals nicely, but then it breaks out and builds to a big, almost orchestral, sound.

Overall this is a pleasant album with plenty of good songwriting and lovely melody on display. Keston Cobblers Club sit in that space between folk and pop that has become a little crowded, and this move slightly towards the folky end of the spectrum will please their many fans. They are a talented group and this third album shows a more reflective side to their work.