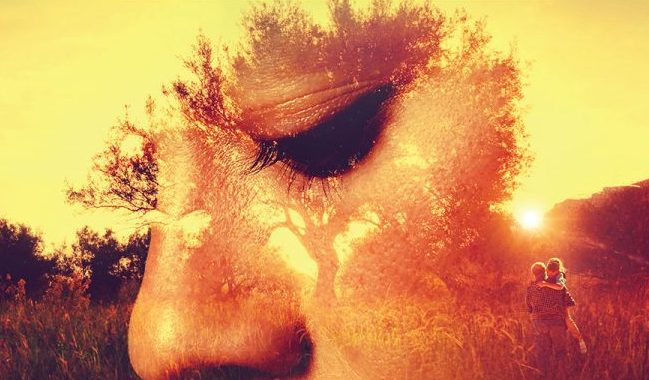 A recent film from Spain and released on the Eureka! label, The Olive Tree is a very sensitive and touching film. It speaks of Spain’s past and rural industry, globalisation and generational difference and similarity. The Olive Tree speaks of the past and the present and the challenges of now and the future. There is a long standing tradition of olive production in Spain and is one of the country’s iconic exports.

A Spanish/German co-production the story of The Olive Tree centres on 20-something Alma (Anna Castillo) who has always had a close relationship with her grandfather. She recalls her childhood, the loving relationship she and her grandfather had and how a large old olive tree (that she called a monster as a child) came to symbolise their relationship. However now, some 10-15 years later her grandfather is in the latter stages of dementia, leaving Alma upset. She is angry at her father having sold land and the tree to foreign developers. Alma is beside herself with grief and seeks to find what has happened to the olive tree. This has also troubled her relationship with her father and some support from her Uncle Alcachofa (Javier Gutierrez). They tell of a different relationship with the grandfather, their father. After some investigating she discovers that the tree is now in the foyer of a corporate energy firm in Dusseldorf. A friend of a friend in Dusseldorf begins to galvanise support for her battle through social media to get the tree back and despite letters to the company. Alma lies to her uncle and gathered friends at her uncle’s bar stating that the tree is in a church and that the minister is willing to give it back. They believe her and reluctantly Uncle Alcachofa agrees to go with her and her secret admirer, Rafa (Pep Ambros) to Dusseldorf. Rafa risks his job and takes his employer’s articulated lorry with the three of them travelling to Dusseldorf to retrieve the tree. Alma is worried as to how she is going to get out of this situation.

The film is really in three constituent parts: the flashback and her relationship with her grandfather, the family squabbles and the journey and fight for the tree in Dusseldorf. For Alma bringing back the tree will restore her grandfather back to his old self. Of course it never would. In Spain, Icíar Bollain is best known as an actress, but she now has a few films as a director under her belt while the script was written by her husband Paul Laverty, a regular writer for Ken Loach’s films (they were together on Loach’s Land and Freedom, 1995).

On viewing this film the complexities of Brexit and Europe were not far from my mind. Alma and her uncle and friend were able to cross the frontiers into France and Germany without paying tariffs as they say to one detractor at the bar as people raise their concerns. Globalisation and the modern age of social media also allow people to campaign and spread the message on Alma’s behalf. They use social media to highlight the hypocrisy of the energy corporation’s corporate video showing their international development and renewable green targets while destroying communities and tearing down trees in the process. They refuse to respond to Alma’s simple story of the importance of the olive tree and use this tree as their own corporate symbol. At the same time, while Britain is undertaking it’s neuroses about asserting it’s identity it is willing to cut itself off from the ties that bind. In The Olive Tree Spanish identity, its own past and heritage comes under threat by globalisation, closer European ties and proximity to other countries and but the challenge on how national identity (represented here by the family and the locals) and the olive tree to a modern Europe is not incongruous.

Other than the trailer there are no extras.