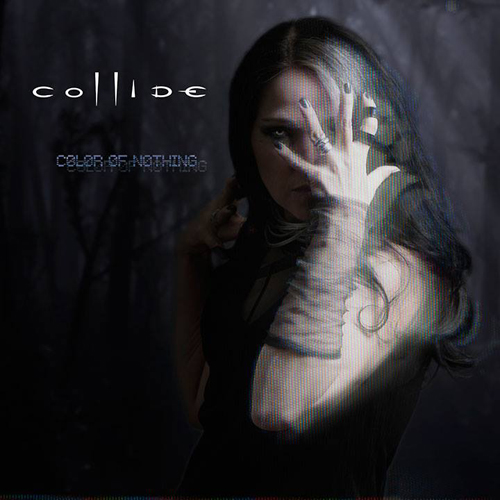 Collide – Color Of Nothing

It’s been six years since Collide last graced out ears with a new studio album (there is no rushing art after all) but the new album has finally arrived. Working as independently as ever, they utilized a pledgemusic campaign to help fund their efforts which made well over the 100% mark for their budget in order to deliver the goods.

Online campaigns such as this are a win-win for everyone; The artist gets the work funded, the fans get the end product (not to mention (if a band have their act together) various updates along the way showing the progress of the work; teasing sounds, speaking direct to fans via video messages and showing plenty of work in process along the way). In this interactive day and age it’s a great way for bands to raise awareness and keep their name out there as well as accomplish the work.

So what is the end product like?   The album is called Color Of Nothing and it’s 11 tracks of pay-off.

Wake Up reminds fans that Collide are still into keeping a song intricate, full of many layers.  Freaks Me Out injects what the band do best: kaRIN’s sultry vocals blended perfectly with Statik’s noise work.

Will Not Be Destroyed feels more complete as a song. Statik has so far been on noise and distortion overload making it perhaps slightly more difficult to recognize the tune of the songs so far (But then again, the method they have has kept their back catalogue so listenable). And while Will Not Be Destroyed has its fair share of “Statik” going on, there is a sustained feel of confidence to the song leading to a very alluring chorus.

Intruder is well placed on the album introducing a change of elements and some of their most accomplished work to date, a real album highlight.

The album continues to deliver new and inspired delights. Blurring the Edges taps into a sound we perhaps haven’t heard from them since their very early gothic work. And never one to go out with a whimper, Pale Blue is beautifully hypnotic.

For their sixth original studio album Collide have kept their work interesting, varied and above all, captivating.