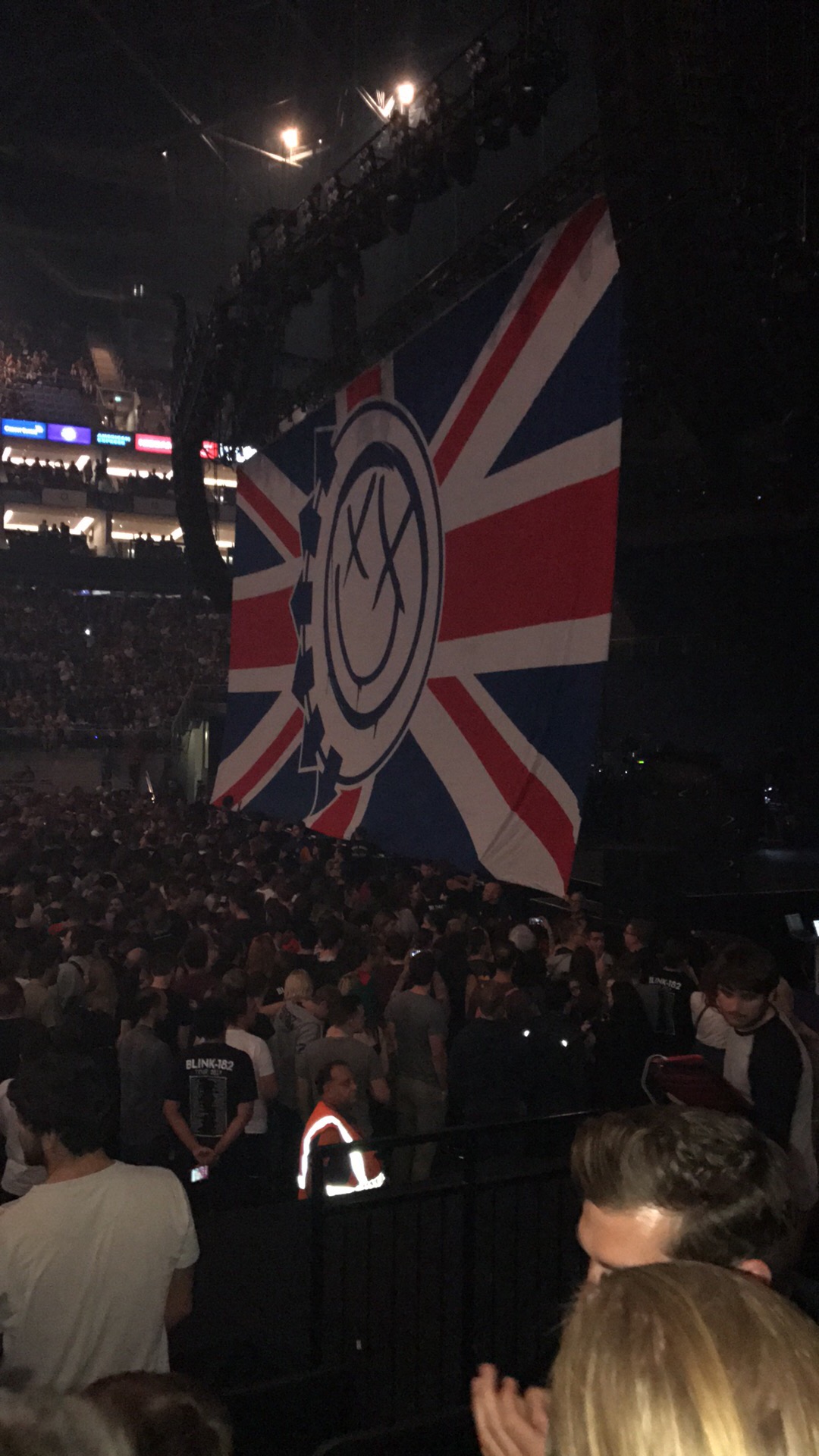 Is Blink 182 still Blink 182 without Tom DeLonge? This has been the question on nearly everyone’s lips before this tour. Some were filled with trepidation but most were just excited, here’s to hoping that they can put on a show like they did before.

Shoving 22 hits (and a drum solo by Landon Barker) into an hour and a quarter is no mean feat and they hit all the highs you’d want them too. I was pleased to note that the set list wasn’t “California” heavy and they didn’t shy away from the tried and tested pop punk crowd pleasers that Blink are so well known for.

Matt Skiba’s voice pulled me out of my little Blink bubble, to begin with, because it’s so different to the Tom DeLonge high notes I’ve grown to expect but it was necessarily a bad thing. His voice is, in my opinion, very similar to Mark’s in tone and it gives the old songs an unusual feel in some ways. I feel for Skiba having to step into Tom’s shoes, it was a brave move and he certainly looked like he was throwing his all into it vocally. I’ve never seen Alkaline Trio live so I don’t know if he doesn’t usually move around the stage much or if that was specific to these shows. Maybe he still needs a little time to settle into the role.

It may not be Blink as we know it but it certainly was enjoyable. So enjoyable in fact that I left wishing that they’d played for much longer. Just over an hour felt like such a short set and just as we were really getting into it, it was over. If their plan all along was to leave us wanting more, they certainly achieved that!