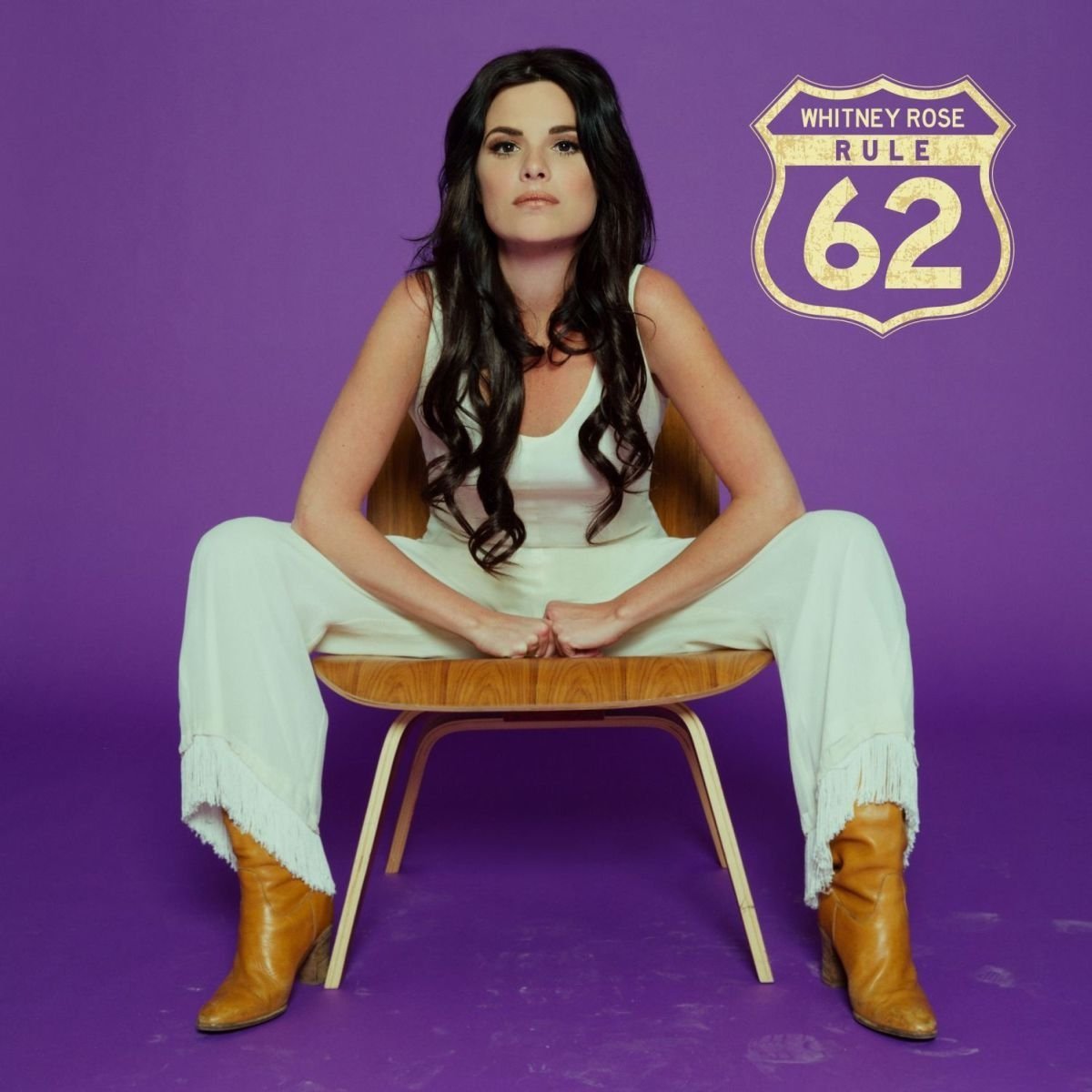 Toronto’s Whitney Rose now calls Austin, Texas, home and recorded this rather good country pop album in Nashville’s famed BlackBird Studio. The eleven tracks were recorded over a single week, and the result is pleasant, yet also with deeper meaning than may be apparent on a first listen.

The title refers to a rule borrowed from AA – usually expressed as ‘Don’t take yourself too damned seriously.’ And Rose certainly takes this into her music, as her classic country sound is often paired with wry, tongue in cheek, lyrics that use humour to deliver what are serious messages. But what really stands out is the honey tinged beauty of her vocals, especially on the slower tracks.

Several of Rule 62’s songs have a theme of escape. But Witney Rose’s take is one of moving on in strength rather than of running away. Opening song I Don’t Want Half (I Just Want Out) has a wife desperate to get away from a bad relationship, yet with the resolution to start again on her own. Wake Me In Wyoming also has travel from a relationship as a theme while the resilience of Arizona is hidden under an almost jaunty sound.

Better To My Baby is a song of loss, sung to a former lover’s new partner. Yet rather than heartbreak there is self awareness and recognition of the flaws that caused him to leave. You Don’t Scare me tells of a one night stand with the perspective on one who is so hurt that nothing can add to the pain, yet there is an inner strength here too. The slow and pain filled You Never Cross My Mind really stands out. A country lament delivered quite beautifully, this is haunting and powerful, with Rose’s vocal backed by fine pedal steel guitar work.

Trucker’s Funeral has all the hallmarks of a parody of country music – a trucker’s early death, a broken-hearted family and a funeral that turns strange when a second family appears. Yet Rose maintains a dignity and gets through, supporting her mother and displaying a steely resolve.

Just as Whitney Rose did in her first release of 2017 – the six song South Texas Suite EP – she again shows that a classic country sound can be married very effectively with modern lyrics. And she does it in a vocal style that has confidence and beauty in equal measures. The musical accompaniment is pretty damned good too, with the full range of percussion, guitar, fiddle and steel guitar added by some fine country musicians. The overall package will appeal beyond the country market.