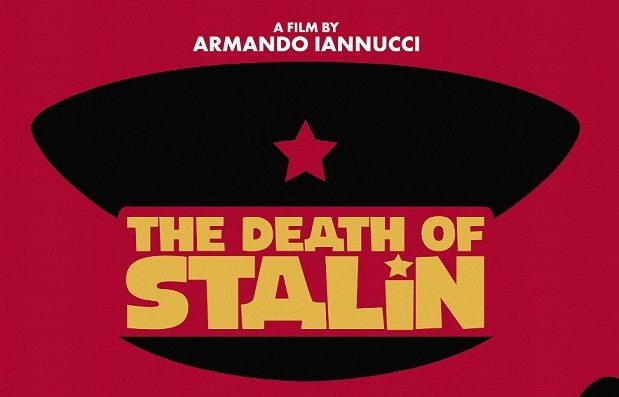 The Death Of Stalin Review

What better way to delve into the end of one of modern history’s most tyrannical regimes by giving the opportunity to the king of satire, Armando Iannucci, to tell the story. An all star cast, and not a hint of a Russian accent, give us one of the most outlandish takes on the end of Stalin in what could very well be this year’s funniest film.

Without ruining the story (it takes place around the time when Stalin dies), Iannucci takes the likes of Steve Buscemi, Jeffrey Tambor and Michael Palin back in time, to a world where politics was bit more believable than those of modern time. This presents a rare opportunity for the man behind The Thick Of It and Veep; without the stickler of trying to stay relevant, instead bring your own brand of humour to a story which has already been widely documented.

The film opens to a concert taking place, an orchestra being conducted while sound engineer Paddy Considine watches and revels in the mastery. He soon receives a phone call, and his face drops. He is to call a specific number in a specific number of minutes to speak to the one, the only, Josef Stalin. The man himself wishes to have a recording of the concert which just took place, to enjoy in the comfort of his own home.

What follows is one of the greatest opening scenes of late, as Considine’s Comrade Andreyev ushers all the punters back to their seats, the musicians back on stage; there is no recording. Everything must be exactly as it was an hour ago, down to the acoustics, for the great leader. God forbid Andreyev finds himself on one of the infamous kill lists. But this scene perfectly captures the frantic nature of the film, everyone is a stroke of the pen away from death. Even some of Stalin’s closest confidants cannot recall “who’s alive and who’s dead”.

And with this comes the comedic panic that Iannucci is so good at delivering, though he is helped in no small way to the team he has with him. Jeffrey Tambor as the floundering Georgy Malenkov is hilarious, from his corset to his turn as would be commander in chief. Steve Buscemi’s Nikita Khrushchev is as devious as possible, all while trying not to make (or even laugh at) the wrong joke; an early scene see’s him recounting with his wife what jokes landed with Stalin that evening and, more importantly, what didn’t.

And while Palin must get a mention, the calming diplomat whose speech in front of his colleagues post the death is perfection, he doesn’t get the crowning award. The Death Of Stalin’s MVP must be given to Jason Isaac’s booming head of defence, Georgy Zhukov. Sadly he doesn’t appear until the midway point of the feature, but is a revelation upon introduction, stealing each scene he has opportunity to appear in.

Part of his appeal has to do with the lack of Russian accent, again this is something across the board, but seeing Isaac’s loud and boisterous Zhukov shouting commands, adorned in infinite medals of honour, all the while sounding like someone doing an advert for Yorkshire Tea is peak Iannucci.

The film is full of twists and turns as each of the main players try to one up each other, pick their teams as they aim to gain the majority of control of the state. You will find yourself rooting for one side of the argument (though there really isn’t a proper team to root for), and as the film makes it’s way towards the conclusion which falls pretty close to the account of what became of the villain of the piece, Simon Russell Beale’s Lavrentiy Beria.

The Death Of Stalin proves that comedy doesn’t have to be topical to be perfect. Indeed, some of the greatest comedies are period pieces – see Life Of Brian – but this seems like the first real one we’ve had in a while. And, in a post-Trump world, where politics seems to get stranger and more outlandish with each passing week, it’s important to know that politicians were always at least a little bit crazy. Though there are probably less kill lists knocking about now.