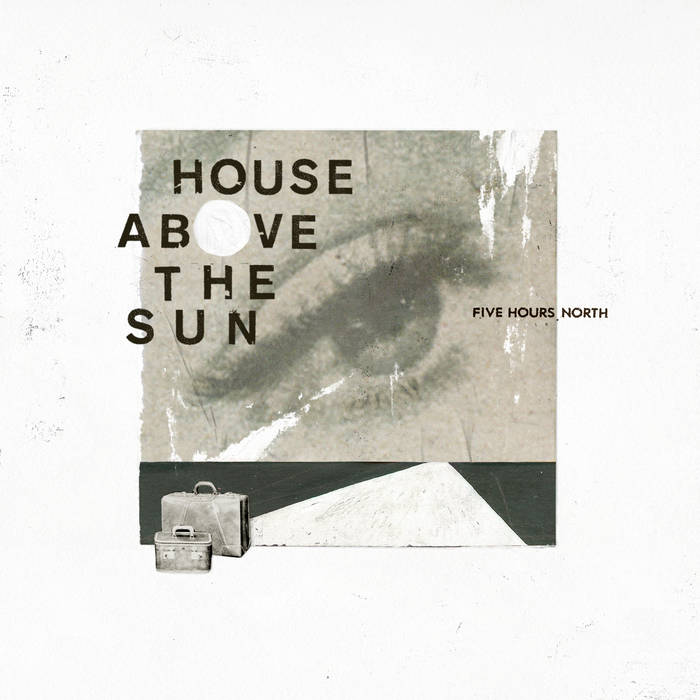 Five Hours North is a quite excellent Americana album displaying all of the folk, blues and country influences typical of the genre. But what makes this one especially impressive is that it is the debut album from a London based quartet. The lush arrangements, wonderful harmonies and rich melodies strewn throughout the ten tracks mark House Above The Sun out as a band already adept at producing fine roots music.

House Above The Sun are led by duo Jim and Ariel Moreton on guitars and vocals. Jim’s smooth voice suits the music perfectly and Ariel’s harmonies add a sweetness to many of the songs. Ariel also brings a genuinely American influence into the band: she was born in Georgia and grew up in Arizona. The pair are very ably backed by a rhythm section of Sam Thiery on bass and drummer Rory O’Connor. The band was only formed in 2015 with just a single EP release to its name before this fine debut album.

Opener Runaway Devil is a jaunty track, building from an infectious guitar melody into a rich and catchy song. The album’s lead single rises and falls, bursting into a big chorus with the twin vocals prominent. Tonopah, one of several tracks with a travel theme, tells of a journey through the Arizona desert. The powerful guitar riffs and anthemic chorus make this one a real standout. Ask Me To Pretend shimmers with emotion, a fine up tempo song that comes close to folk-rock.

The excellent St Augustine’s Blues has a delicious blues sound, a slow and wistful song with poetic lyrics and some lovely lead guitar work. Childhood Home tells of loss and disconnection with a melancholy air, a yearning for a past long gone at its heart. The slow closer Find A Warm Place has the clearest country influence of the ten tracks. This beautiful song works on literal and metaphorical levels while also sounding gorgeous.

Five Miles North has a genuine Americana feel, reminiscent of many of the top bands in the genre. It has a laid back air but a clean, as live, production that gives a warm and rich feel. With some well constructed lyrics backed by a lush sound it is a confident, high quality debut from a band with an obviously bright future.

House Above The Sum are also making a name for themselves as a live band around London. They have recently been announced for the prestigious London Folk and Roots Festival, and will be playing The Islington on 16 November. Hopefully the rest of the UK will get the chance to see this fine band very soon too.