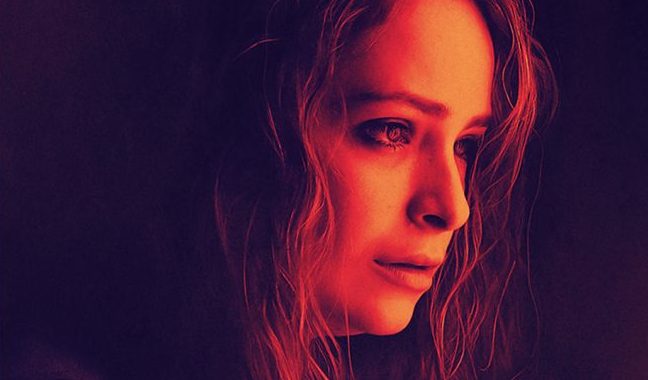 Not wishing to makes this sound like a generalisation, but there is often something disquieting about many Australian films. Maybe it’s the isolated communities of the country, the heat or something in the Australian psyche, but this runs like a dark seam through the country’s cinema, whether it’s the brooding coming of age drama Walkabout (1970), the effects of the heat in Wake in Fright (1971), the strange and unsettling period suspenser Picnic at Hanging Rock (1975), the skinheads of Romper Stomper (1992), the torture porn of Wolf Creek (2005) or the genuinely unsettling horror The Babadook (2015), these films have an edginess often missing from other national cinemas. Even romcoms such as Muriel’s Wedding (1994) are oddly different to similar Hollywood comedies. Little surprise then that a naturally disturbing story about teen abduction should be troubling and unsettling.

In the opening scenes of Hounds of Love (2016) we are very quickly made aware that what we are about to see is a piece of work by a new talented director. This is director and writer Ben Young’s first feature film, having directed a couple of shorts and TV shows. The first shots show a girl’s netball match played in slow motion to Dan Luscombe’s ambient pulsing and disquieting score in a suburban neighbourhood. The camera pans across past the fence with close-ups of the limbs as the girls play. Nearby we get a POV shot from a couple in a car who pick up one of the girl’s from the basketball match and drive off with her, the girl not knowing them. The titles tell us that the location is suburban Perth, December 1987, giving the impresson that we are about to see is based off a true story. The story is loosely based off the Moorhouse murders. This is the story of David and Catherine Binnie who kidnapped and murdered at least four women and girls over the course of a few weeks in 1986. The fifth victim managed to escape. Young did not want to copy this case in order that he was not constricted by the facts of the story, but is able to keep to the basics of the story (even though co-star Stephen Curry does call the film fiction on an interview on the disc).

The next shot after the girl is driven off and the titles we see a lengthy close-up shot of a boarded up window on a suburban bungalow allowing the viewer to project onto their imagination the horrors going on inside. The couple live in this home as a normal couple. We are initially given the sense that kidnapping and torturing teen girls, tying them up and sexually abusing them turns them on. We see sex toys on the floor as well as blood. We also see the couple passionately kissing and the woman, Evelyn (Emma Booth) gives oral sex to her moustachioed husband, John (Curry). Soon it becomes apparent the couple are bored of the girl and (off-screen) she is murdered. John puts the corpse into the trunk of the car and takes her to a remote spot in a forest where she is buried. Their domestic life otherwise seems normal, watching quiz shows on TV and relaxing. Also revealed, despite the basic gloominess of their home is that they, or at least John have OCD.

They next move on to their next victim. 16-year-old Vicki Malone (Ashleigh Cummings) has a boyfriend and shares her time with her divorced parents; she has a loving relationship with her father and a more troubled one with her mother. Her mother grounds her one evening, but she sneaks out to attend a party. She is approached by Evelyn and John who asks her if she wants to buy some grass. Vicki is wary but eventually sees the couple as harmless and goes back to their house. While listening to The Moody Blues ‘Nights in White Satin’ (you’ll never feel the same way about this song again) she realises her drink’s been spiked and tries to escape before passing out. She later wakes tied to the bed and after a couple of attempts she is beaten and abused as the others before her. John seems to take a special interest in Vicki and while Evelyn is out he attempts to rape her, but his attempts are halted when Vicki defecates herself. In time Evelyn starts to become jealous and the true colours of John comes out as he begins to control Evelyn, even murdering her dog. Vicki observes this rift between the couple and tries to use this for her own survival.

Ben Young is a director to look out for. There is a jarring mixture of domestic normalcy and the horrors the couple carry out on their young victims. As well as the stylish method the film is shot, there is a smart use soundtrack with its pulsing atmospheric score. There is also great subtelty in the scene in which John attempts to rape and beat Vicki while she focuses on a cheap child’s pig ornament which is both disturbing and is a realisation for Vicki that perhaps there is something missing in Evelyn’s life. Elsewhere, when John prepares the ground of his burial space in the forest for Vicki he acknowledges the other shallow graves as though these were his children sleeping. A subtle shot that is both slight and disturbing.

On the discs there are interviews with the three leads (but not the director) and a handful of the director’s short films.