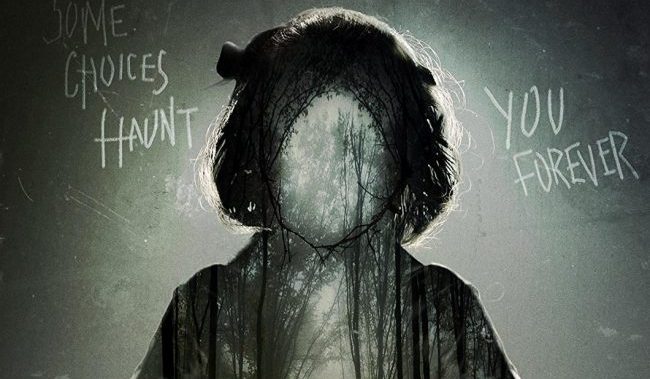 Released by 101 Films and available on digital download and DVD, The Ballerina (2017) is a directorial debut from a newcomer, Steve Pullen. Pullen stars, directs, co-produced and wrote the screenplay to the film. It’s been marketed as a piece of Southern Gothic and a ghost story set in the backwoods of Virginia; woods ghost stories seem to be a whole sub-genre in itself. The story opens with a girl dressed ready for her ballet recital while we hear her parents arguing. The father, Glenn (Pullen himself) drives Sophia (the director’s daughter, Isabella Pullen) off to the recital when after a near road accident with a truck full of red necks he says that he has to stop for a while. Jump forward several years and Glenn is living in the backwood swamps of Virginia. Heavily bearded he and Sophia live homeless in tents in the swamps with other rejects and outcasts from society. One day Glenn and Sophia meet a homeless woman with two kids called Doe (Deena Dill) who has just arrived at the swamps. She tries to encourage Glenn that Sophia, who experiences nightmares needs special professional care. But it’s worse than that as Sophia becomes scared of hauntings and visions in her waking life.

Up to about two thirds of the way the film does start to feel like its dragging before it makes a fresh turn and begins to answer some of the questions. Like the recent Cold Moon it soon transpires that this is not a horror film or ghost story in the traditional sense and it has to be said the horror elements are not as scary as the publicity (as good as it is) might suggest. Instead we get a story about regret, tragedy and loss. Without giving too much away, the reveal is genuinely sad and shocking. It is less hysterical or violent than Cold Moon and more emotional and melancholic. The problem with the film is less Pullen, although he probably requires more experience as a director than it is with the overall sound design of the film. The score grates somewhat with its string score to over emphasise emotion and the melancholic mood of the film. This is also supported by the dark tones of the film, both nocturnal and overcast with a deathly palour to the faces on the characters of Glenn and Sophia. Elsewhere, the sound effects of the hauntings when they appear are a little over the top and college project like where it could have benefitted from something more atmospheric or tension building.

Overall the film demonstrates some of Pullen’s lack of experience as a filmmaker, but he is also able to punch the viewer in the chest with the emotional elements. However, the main message of the film is this: take care of your kids. There ain’t nothing wrong with that message. There are no extras on the disc.