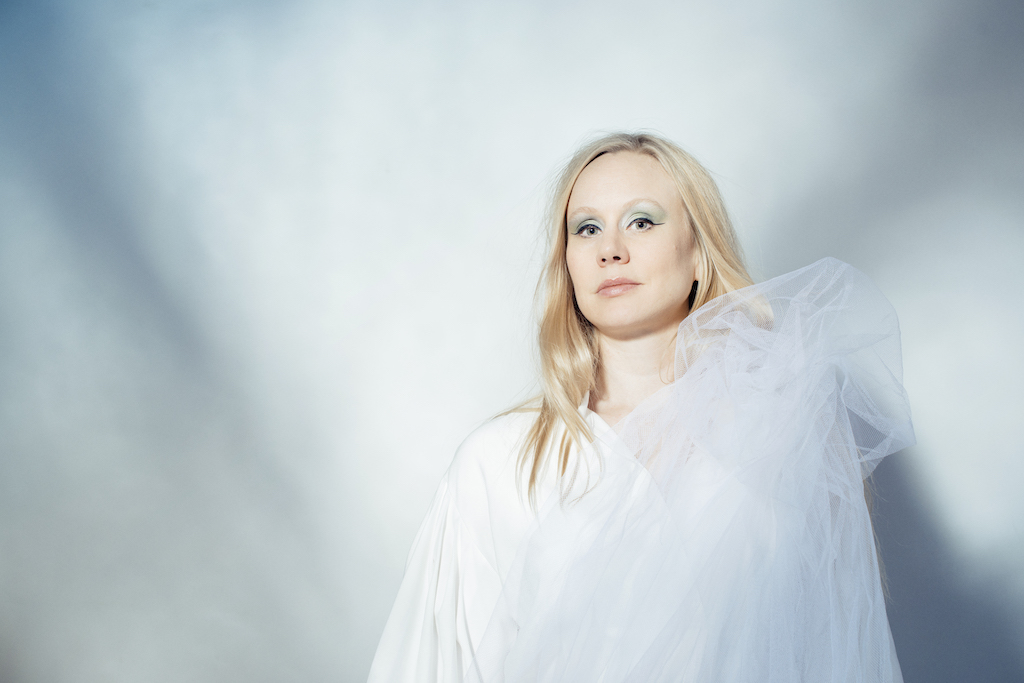 With her new album ‘Go Dig My Grave’ due Feb 9th, Norwegian artist Susanna has shared a beautiful interpretation of Lou Reed’s “Perfect Day”. The upcoming album is a unique project between Susanna, Swiss baroque harp player Giovanna Pessi, accordion player Ida Hidle and fiddle player & folk singer Tuva Syvertsen. The quartet have reworked ten eclectic songs from seemingly disparate worlds and brought them together on this album of sympathetic and beautiful interpretations.

“André Løyning had this idea of showing something different than probably most people first think of as a ‘perfect day’- the love and affection between two men, in a relationship, spending a day off together. I immediately loved the idea, and we spent some time looking for the right couple. The main reason for me to make this video is to be able to show people around the world a same-sex couple and to promote the rights of people to love and live together regardless of gender. I think Løyning has made a gorgeous video to our version of the Lou Reed song.”

With ‘Go Dig My Grave’, Susanna’s 12th album, she explores historic musical gaps by combining music from the Great American Songbook and old English traditionals with baroque instrumentation and her own, characteristic vocal interpretations. Add some Henry Purcell, some Lou Reed, and Susanna’s own composition, and the unique complexity of Susanna’s artistry is evident: ‘Go Dig My Grave’ is a profoundly personal collection of dark songs with deep roots through centuries of American and European musical heritage.

An unnerving combination of existential despair and musical beauty, ‘Go Dig My Grave’ presents a selection of songs straddling issues of lost love, abandonment – and a merciless thirst for liquor. Speaking about her new record, Susanna explains, “I am attracted to the sad songs, and how people have used music throughout the years; it feels like they use songs and singing as a way of processing and dealing with of the difficult times in their lives. There’s a lot of similarities in the dramatic ways of telling a story in the old English ballads such as ‘The Willow Song’ and ‘The Three Ravens’ and the American folk songs like ‘Go Dig My Grave’ – even if the newer folk songs have more of a straightforwardness to the tragedy.”

The album marks Susanna’s return to her collaboration with Swiss baroque harp player Giovanna Pessi. Pessi first appeared alongside Susanna on the album ‘Sonata Mix Dwarf Cosmos’, released on Rune Grammofon in 2007, and played a major role on the critically acclaimed ECM album ‘If Grief Could Wait’, a deep-dive into the sorrow-stricken music of Henry Purcell, Leonard Cohen and Susanna herself. This time the two have invited the talented young accordion player Ida Løvli Hidle and the great Norwegian fiddle player and folk singer Tuva LivsdaWer Syvertsen to form a quartet. The result is a dynamic band that easily masters subtle shifts from the simple folk feeling of songs like Elizabeth CoWen’s “Freight Train” to the icy beauty of Purcell’s “Cold Song” and the complex, centuries-old lament of “The Willow Song”.

A brand-new composition by Susanna also features on the album. “Invitation to the Voyage” is written to a poem from Charles Baudelaire’s, ‘The Flowers of Evil’, banned in 19th century France for its treatment of decadence and eroticism. With this piece, Susanna continues a musical tradition of interpreting Baudelaire’s words, following the likes of Alban Berg and Henri Dutilleux. The song plays on the historic soundscape that characterises much of the album, echoing the lyric symmetry and modal harmonies of the European ballad tradition, and is sparsely orchestrated by Pessi’s soft harp and ominous colouration from the fiddle and the accordion. “Quite recently I started to read Baudelaire’s ‘Flowers of Evil’. I fell in love with the beautiful poems and got the urge to sing some of them,” says Susanna. “This one is the first of the songs I have written to this poetry, and a wonderful mysterious world has opened up to me.”

Produced by Deathprod and Susanna, ‘Go Dig My Grave’ was recorded at the world-class Rainbow Studio in Oslo and is released on Susanna’s own label SusannaSonata.