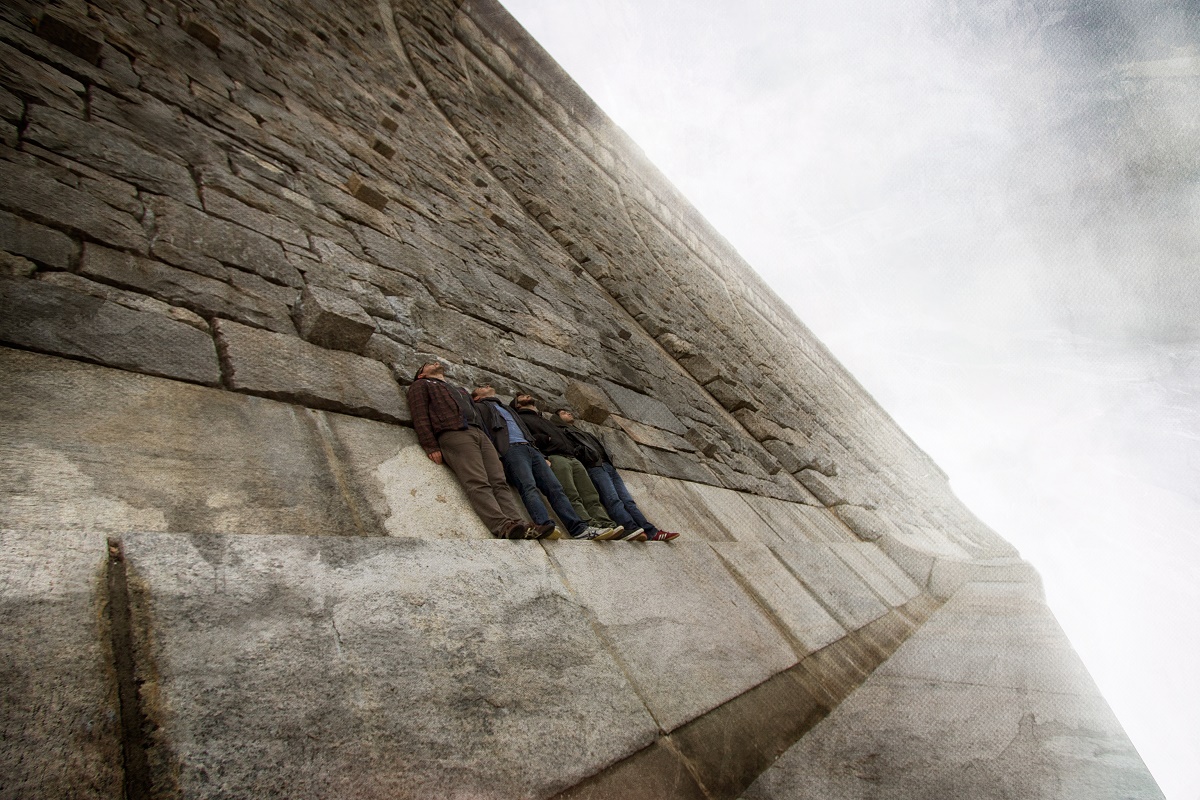 New Haven, Connecticut four-piece Wess Meets West are pleased to announce that their forthcoming album A Light Within The Fracture is set for release on 6th April via Hassle Records.

Alongside the news, the band have revealed a stunning live performance video for their new single ‘Skylar, There’s Rot’ plus details of a very special live performance at the Planetarium of New York’s Hudson River Museum on 31st March, with UK dates planned for later this year.

Guitarist and songwriter Sam Stauff comments on the new track: “Nick (Robinson, guitar) brought this idea to the band during our first early writing sessions in the cabin. The song explores a lot of very fun areas for us musically, from heavier sections to electronics. For a song as compact as this, it really moves across the spectrum. Andy (Porta, drums) really gets a chance to have some amazing drum moments on this song. Erick (Alfisi, bass) really cuts loose, letting his tone do the talking on the heavy parts but also exploring some bass leads that complement those pretty guitars during the quieter section in the heart of the song. That blend of melodies for a brief moment in the song is probably one of my parts of the whole record.”

The new record will be the band’s third full-length studio offering and sees them continuing their eclectic journey of musical self-discovery in typically ambitious style. Mainly known as purveyors of a defiantly optimistic strain of instrumental rock the quartet began life as the project of lead guitarist Sam Stauff, and have now grown to incorporate elements of electronica and live programming into their sound.

“I think this album represents many feelings we collectively have as a band and as individuals,” explains Stauff of the concepts behind the new record “Be it feelings of hope, despair, joy – they’re all very visceral feelings towards life and the constant shifting that comes with it.

Prolific writers, the band have so far released two EPs – Live At Riverworks (2014) and Barricades (2015) – and two studio albums, their 2011 debut Chevaliers and sophomore record When The Structures Fail Us (2014), as well as a full remix record titled Migration: When the Structures Fail Us Remixes (2014). They have been featured in Paste Magazine, Electronic Musician magazine, Premier Guitar, NPR Morning Edition, CBS, Wrangler, ESPN’s X-Games and, most recently, in Spotify’s Deep Focus Playlist which racked up over four million plays.

Over the years they have shared the stage with the likes of The Appleseed Cast, This Will Destroy You, Caspian,…And You Will Know Us By The Trail of Dead, Maps and Atlases, Pianos Become The Teeth, This Town Needs Guns (TTNG), And So I Watch You From Afar, The World Is A Beautiful Place And I Am No Longer Afraid To Die and many more.