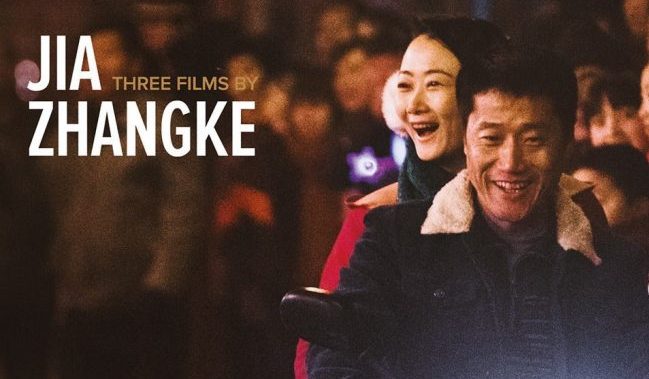 It will come as no surprise to learn that China is a country undergoing a huge social change. If the 20th century was the American century, then the 21st century is looking like it might be China’s. One director who has charted that change through his films is Jia Zhange-ke. Many of his films have been given and received broad international praise and distribution. Films such as Platform (2000), Unknown Pleasures (2002) and Still Life (2006) have received much international critical claim. The films included in this collection released on Arrow Academy, ‘Three Films by Jia Zhangke’  are his slightly more recent films.

The first film on the collection is 24 City (2008) charting the fate of a factory that was used to make military parts for Mig fighter planes but is now long abandoned and being sold off for apartments, retail and office space. In this sense it perfectly captures the many changes that have taken place in China over the years (24 City is the name of the new build). Made as a documentary with interviews with real employees of so-called Factory 240 and acted interviews, blending both fictional cinema with documentary or more accurately fact and fiction. One of those ‘acted’ documents is by Joan Chen (best known for being in ‘Twin Peaks’) recalling her past. The central story of the factory is the most fascinating aspect of the film, rather than the performances. The factory was located in Chengdu in the Sechuan province, central western China. The factory was oringinally moved from the border of the Soviet Union in 1958 as relations between the large communist countries broke down to the safer Chinese interior and in this sense the factory comes to represent the social changes of China.

The next film on the disc is arguably the most accessible. A Touch of Sin (2013) follows several different characters who for one reason or another carry out a sudden acts of extreme violence. The tone and ‘amorality’ of the film did not work in the director’s favour in China, despite it being critically praised abroad, and was subsequently banned, earning him no money in the country. Each of the four stories (with each story containing a prologue) within the film are set in different parts of China and based off a reported true crime. Jia attempts to give a human face to the stories. The first story follows a minor working in the Shanxi province in northern China. The main character is Dahai who is oppressed by his employees and sees human cruelty around him. In the end he snaps and (realistically) he murders people who get in his way, including a man flogging a horse.

The second story has a man worried about his financial situation while looking after his 70-year-old mother and robs and shoots dead a wealthy couple for money. This then moves to the third story, this time set in the Hubei province about a worker at a sauna who is propositioned aggressively by two businessmen. She tells them that she is a receptionist and not a sex worker. When they become persistant and assault her she kills one of the men with a knife. The fourth and final story sees a young factory worker who begins working as a waiter in a high-class brothel. He befriends and falls in love with a sex worker there, who is also attracted to him. His naivety leads him to commit suicide.

The third film in the set is the most recent, Mountains May Depart (2015) and was an effort by Jia to reach out following the failure to get a release in China for A Touch of Sin. This stars Jia Zhang-ke’s wife, Zhao Tao as To Shen, the central character of the story. We follow To’s life in three stages, or rather years: 1979, 2014 and 2025 – or more accurately still, the past, present and future. In 1979 we see the normal relationship problems To faces: one male suitor is a brash go-getter who thinks of little else but his own vanity, the other a nicer person, but a poor minor with health issues. Of course she ends up marrying the former. Before long the couple are separated with a son who ends up with his father. The other man dies from his poor health.

Jump forward to 2014 and To is saddened by her father’s death and (as a single mother) seems to be living the life of a widow. Having not seen him for years as the boy now lives in Australia the boy comes back to China for the funeral and the pair struggle to get to know each other. Jump forward to 2025, this is no science-fiction future with the only real difference being see through tablets. To’s son still living in Australia is disenfranchised from his father who is quite wealthy, while the boy is constantly living off his father. To and the boy’s relationship has now improved.

Mountains May Depart is quite a melancholy film, but in the background to each of these films is the story of China as an ever changing country that sometimes bring the director into conflict with the authorities. Some of his films deserve to have a wider audience and while 24 City is the least accessible, A Taste of Sin and Mountains May Depart are watchable and, with some patience a rewarding experience.

The collection is plentiful with interviews and each film has a thorough introduction to each film by Asian film expert, Tony Rayns. There are also short films and a feature documentary on Jia Zhang-ke by celebrated Brazilian filmmaker, Walter Salles.