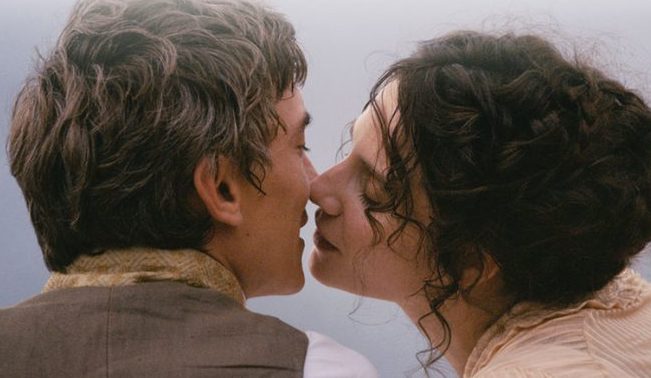 Released by Arrow Academy, A Woman’s Life is an adaptation of the great 19th century Realist writer Guy de Maupassant’s first novel, ‘Une Vie’. As director Stéphane Brizé says on an extra on the disc, he made the whole film in order that the main character could say the final line of the film and the novel (which, if you haven’t read the book or seen the film, I won’t reveal here).

The story of the (book) and the film, as the title of the film says is the journey and misery of one woman’s life. Jeanne du Perthuis des Vauds (Judith Chemla) has recently married Julien de Lamare (Swann Arlaud) after finishing her convent (and therefore sheltered) education and settles into her family chateau. Although not immediately apparent, Jeanne soon finds her husband to be a boorish tight ass who denies Jeanne to put wood on the fire or keep herself warm and to instead go for a long walk. Jeanne soon becomes very disenchanted with married life, the idealism she has as a young woman soon giving way to disappointment, not least of all when Julien knocks up the maid at the same time as Jeanne falls pregnant with a child of her own. He is forced like a berated child to confess his sins to his wife, naturally damaging the relationship further. Over the years Jeanne suffers all sorts of tragedies from the usual ones of the death of her parents and a spoilt son who grows up with debts as she ultimately loses her wealth.

The original book, ‘Une Vie’ is not the best known of Maupassant’s novels but is representative of many 19th century books that highlighted the plight and struggles of women including such names as George Eliot, the Brontes, Elizabeth Gaskell and George Sand. Maupassant’s novel and indeed the film could easily have been British as French. Needless to say director Brizé has condensed much of the novel into a 2 hour film with the drama ranging from gentle moments to outbursts of upset and anger, mixed with scenes of nature to highlight both the passing of time and reflects Jeanne’s moods. To highlight the constraint of Jeanne’s life nearly all the film is set, if not within the grounds of the chateau, it’s nearby, never really going far beyond the small world of Jeanne’s domestic imprisonment. Like many French period costumers the film does require some patience to view but the finished result is worth following.

Extras on the disc includes an interview with Brizé and another in which Brizé discusses adapting Maupassant’s novel. The picture quality on Blu-ray is superb.