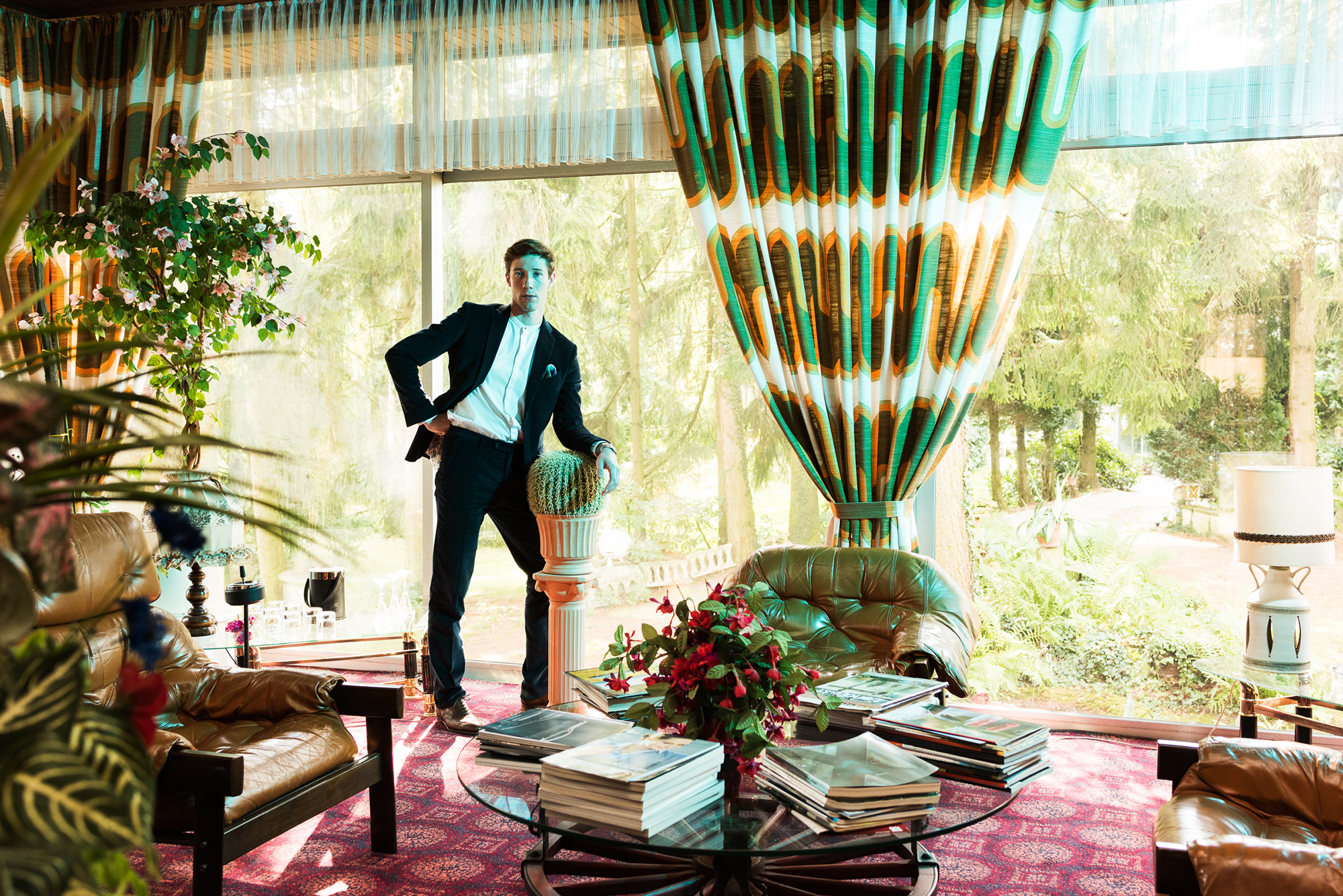 ‘Gayby’ is the new single from Sam Vance-Law, available today on Caroline International and taken from his forthcoming debut album ‘Homotopia’. The follow-up to sublime debut single ‘Prettyboy’ and his almost flippant second single ‘I Think We Should Take It Fast’, ‘Gayby’ is another highly original song that blends lyrical wit with deft musicality.

Born in Canada and raised in Oxford, England, Sam started to learn to play the viola and violin at four years old. Later he sang for the famous Choir of New College Oxford. Given this, it is perhaps unsurprising that ‘Homotopia’ is a notable exercise in literate pop rooted in classicist traditions. A collection that could sit comfortably alongside the likes of
John Grant, The Magnetic Fields and Father John Misty, it’s also unafraid of nodding to – among other forms – theatre, operetta and orchestral pop.

Produced by Konstantin Gropper (aka Get Well Soon) the album was recorded in Berlin and sees Vance-Law confronting, head-on, what are still seen – by some – as taboos, always sincerely, never sanctimoniously, and sometimes with tongue in cheek.

“I’d been frustrated by a few things, particularly the queer/gay music I’d been hearing,” says Sam Vance-Law about the motivation behind the album.

“It seemed to focus on two themes: victimhood and pride. I wanted to capture, through various narratives, some of the gay experience, as it is now, without judgement.”

With the freedoms, we’re used to more vulnerable than at any point in recent memory, with bigotry and intolerance now seemingly legitimised as acceptable forms of discourse. ‘Homotopia’ is a timely album, one which offers a series of vital, vivid and revealingly candid snapshots of life for a gay man in the 21st Century. Fearless and frank, wise and witty, it finds 30-year-old Vance-Law spinning tales of love, lust, beatings and babies against an ingeniously realised musical backdrop that plays with the genre while refusing comparison.