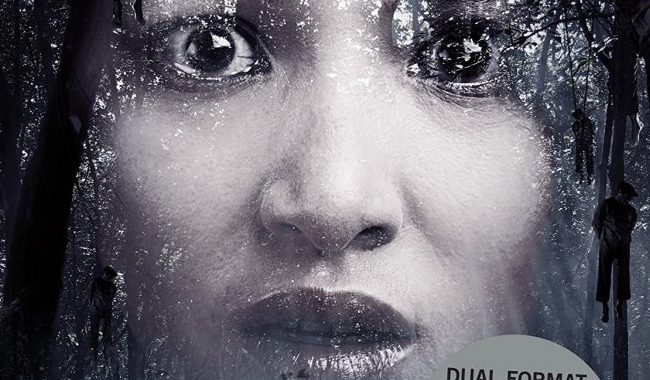 It’s not often that we get to see Vietnamese films in the UK. All the more surprising, therefore, that The Housemaid (Cô Haứ Gái) (2016) is a very European/American looking gothic horror of the traditional kind. But this is a Vietnamese/South Korean co-production, the latter being more adept in the horror film genre. It is usuaully lazy to compare one film to another, but here it kind of fits. It would be fair to cite The Housemaid as having Western influences with the gothic romance of Charlotte Brontë’s ‘Jane Eyre’ and the more modern period-set haunted house horror of The Woman in Black (2012). Add to the mix, the Henry James type of horror of The Innocents (1961) with Robert Wise’s classic haunted house horror film, The Haunting (1963) and you’d have a pretty accurate description of the film. Further still, there is something of a removed Southern Gothic in the Indochine rubber plantation setting.

The film is set in 1953 when Vietnam Indochina was ruled by French colonials. The central character is Linh (Kate Nhung), a young and beautiful young orphan woman who arrives at the Sa Cat Rubber Plantation, filling a position as a housemaid to its colonial owner, French officer Captain Sebastian Laurent (Jean-Michel Richaud), a rather sad and dispondent if handsome man. The house is also run by other house staff who keep the rather spooky gothic house just as a tight ship. Linh is told the back story of the Captain and, in particular of his dead wife, Camille. They tell her that Camille had drowned their baby son in his bath and kept the corpse until it decayed. Eventually in her madness she takes her own life, drowning herself in a nearby lake; the body is never recovered. The staff tell Linh that the house is haunted by the ghost of Camille who soon makes her presence felt and it’s not long before she is violently haunted by Camille’s ghost. Even in the rubber plantation Linh witnesses the harsh treatment to local peasants by overseers. She also witnesses the dead walking in the forest at night.

In time Linh takes particular care of Captain Laurent before the pair eventually become lovers, upsetting the staff. When a French woman, Madeleine (Rosie Fellner), a former lover and supposed fiancee of Laurent’s returns to carry on from where she left off, feels threatend by Linh and frames her for theft. This doesn’t wash with Sebastian and he tells Madeleine to leave. Madeleine is killed by Camille’s ghost when she drives off. The hauntings then begin to increase in intensity.

The picture quality of the film is pristine sharp and the film does deliver on its promises of plenty of horror shocks. However, what made films such as The Innocents so effective was its suggestiveness and subtelty rather than outright horror. The sound design of the film makes its presence felt as it uses music and sound effects to build and deliver the shocks. While it has the desired effect and could have benefitted with being a little less sensational. The production values are high in the film and, for a first time director in Derek Nguyen there is plenty of skill and inventiveness as a film director on display.