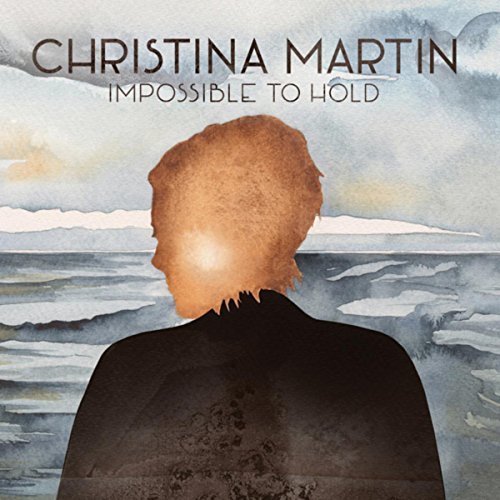 Impossible To Hold, the sixth studio album from Christina Martin, is sure to build her UK fan base further. The singer songwriter was raised in Canada and is now based in Halifax, Nova Scotia, but was actually born in Florida. Her previous releases were varied in style, with 2015’s It’ll Be Alright an excellent modern take on the classic Americana rock sound.

The ten tracks on this album again see electronic rhythms and big guitar riffs combining to back Martin’s always passionate vocal delivery. Most of the time this works very well, although in places the polished production almost becomes a little too smooth.

Title track Impossible To Hold opens the album, a big bold rocker with guitar riffs aplenty and a typically fine vocal performance. This one could have come straight from the previous album, as could the excellent Where The Dark Meets The Light. But there is a real variety of songs here, and the album never quite falls into a groove.

Martin’s previously released single Lungs Are Burning is a response to the rising fentanyl drug crisis killing thousands of people in Canada. The sense of yearning in its portrayal of addiction is strong and the big chorus is memorable. Current single Almost Reminding is very different, coming close to electro-pop, the guitar almost absent as the synth sound takes over.

Deep Dark Red is an interesting, if slightly strange, track. The vocals rise and fall nicely and there is some excellent lead guitar work from Dale Murray, Martin’s husband and also the album’s producer. Yet there is also an overly repetitive drum beat that pervades the track.

The softer love song Keep Me Calm works very well, as does the slow and brooding Winter. Martin’s vocals here rise over a steady drum beat with real force. The album’s closer Lay You Down has a lovely shimmering feel, a slow and atmospheric track full of a restrained passion that threatens to burst into life but never quite does.

Impossible To Hold is a good album, built around fine songwriting and Christina Martin’s superb vocals. She has power aplenty, but also good tone control, not relying on pure volume for impact. The variety of the album’s musical stylings and the mix of rockers with slower tracks gives it a fresh and always vibrant feel.