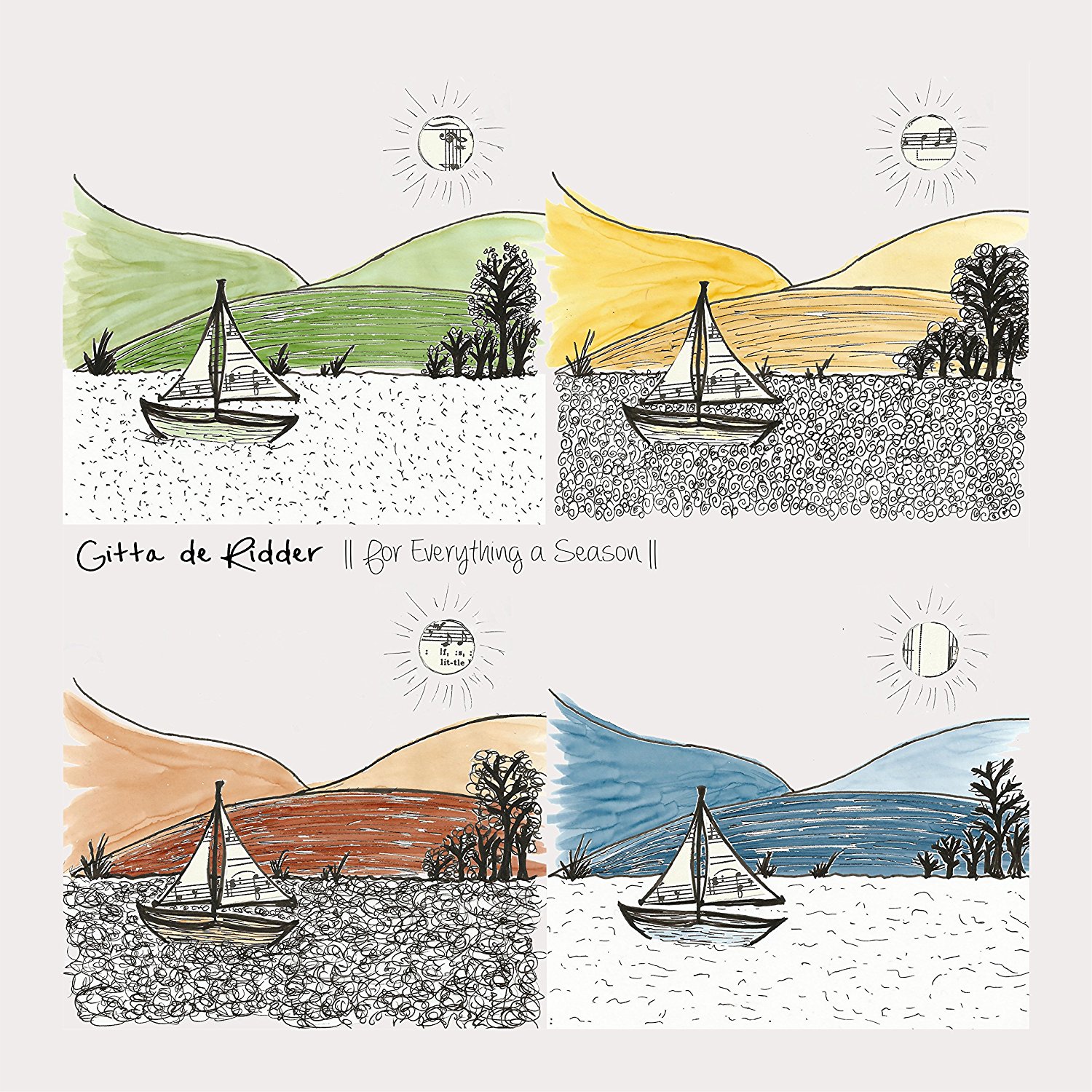 Gitta de Ridder – For Everything A Season

Anglo-Dutch folk singer Gitta de Ridder will be a new name to many – and her music is well worth discovering. She grew up in The Netherlands and travelled across Europe to study music, eventually landing in London where she has lived since 2008. Her poetic songs are lyrically very strong and well constructed. Mainly backed by acoustic guitar and delivered with a lovely emotional vocal, she has a modern folk style with a distinct pop edge.

For Everything A Season is de Ridder’s second album, following on from her well received debut Feathers from 2016. This release is structured as a collection of four seasonal EPs with three tracks on each. The concept is a metaphor for the cycles we move through in relationships and indeed in life. The album’s twelve songs sound very good but are also deserving of a deeper delve into the lyrics and meaning.

There are some very good tracks on all four sections of the album. My Dear, Oh Boy, Oh Man starts things off in Spring with a stylish song that emphasises moving on from a breakup. Knowing A Ghost from the Summer EP has an upbeat tempo and the faster vocal delivery works well. It’s close to pop territory and catchy in a good way. All Is Love is a beautiful song featuring some lovely slide guitar playing which complements the heartfelt vocals very well.

From Autumn, The Wheel is de Ridder’s current single. It’s another catchy song and represents change on the journey through life using a driving metaphor. Every Inch Naked is also very good, with a darker tone, yet there is a sense of resilience in the strong vocal too.

The final Winter trio represents finding peace and Forever In Your Heart demonstrates this nicely. A deep male vocal is added here, working well in contrast to de Ridder’s more delicate voice. The album closes with No Words, a gentle and reflective song that brings the themes of the album together very nicely.

Gitta de Ridder has a strong and expressive voice which she uses very well across For Everything A Season. The concept behind the album is an interesting one giving a well structured set of songs with a great deal of emotion behind them. The folk sound she creates is modern and dynamic and the occasional pop hooks give a lively edge to a very good album.

Venue: For Everything A Season
Support Band: Little Memories Records