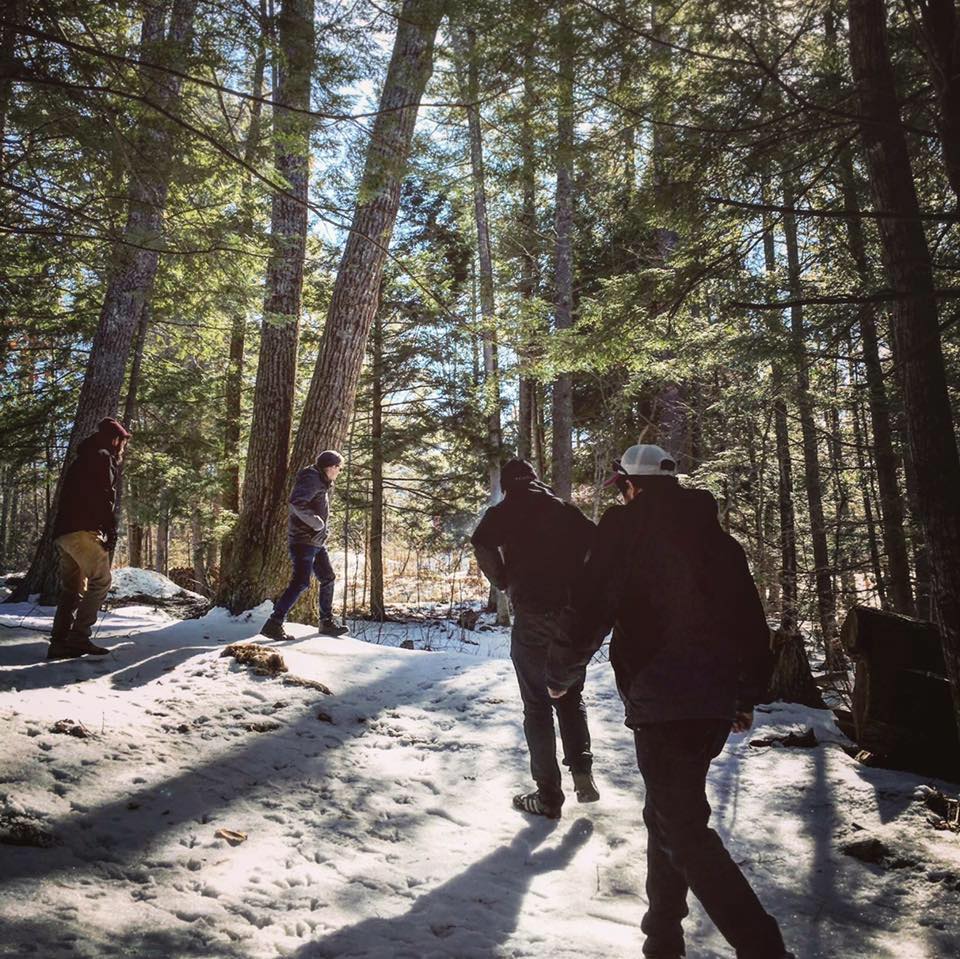 New Haven, Connecticut four-piece Wess Meets West have revealed the first part of a studio documentary covering the recording of their nature-inspired new album A Light Within The Fracture which is released today via Hassle Records.

The band recorded the album in a few different locations, writing the majority of the music in a small cabin just outside Portland, Maine in the winter of early 2016.

“We rented it in February so it was very cold and a great place to start writing,” they say of the experience “The cold weather and the remote location of the cabin kept us on task as we stayed inside going through ideas through all hours of the night. We love making albums in the winter, we feel like the music we make fits better with that time of year.”

The new record is the band’s third full-length studio offering and sees them continuing their eclectic journey of musical self-discovery in typically ambitious style. Mainly known as purveyors of a defiantly optimistic strain of instrumental rock, the quartet began life as the project of lead guitarist Sam Stauff, and have now grown to incorporate elements of electronica and live programming into their sound.

“I think this album represents many feelings we collectively have as a band and as individuals,” explains Stauff of the concepts behind the new record “Be it feelings of hope, despair, joy – they’re all very visceral feelings towards life and the constant shifting that comes with it.”

Despite not yet playing a show on British shores the band have received a raft of praise for the album from UK media including Total Guitar, Kerrang! Radio, Classic Rock Magazine, Rock Zone Magazine, Primordial Radio, Punktastic, Already Heard, Heavy Blog Is Heavy, It Djents, Echoes & Dust and more.

Wess Meets West recently played a unique performance beneath the beautiful starlit canopy of the Planetarium of New York’s Hudson River Museum, with an album release show later this month in New York and UK dates planned for later this year.