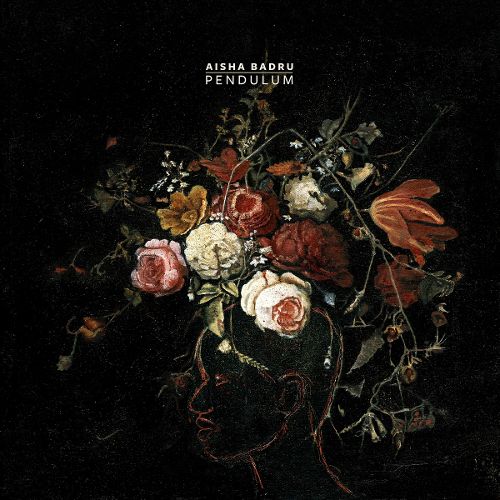 Pendulum is the debut album from Aisha Badru, a young singer songwriter from Yonkers, New York, who already has a huge online following. With just three singles released to date, Aisha’s heartfelt and passionate work has amassed more than 24 million listens on Spotify, as well as featuring in numerous TV shows.

There is a minimalist feel to Badru’s music, the backing simple and atmospheric, leaving space for the lyrics to be delivered in an understated manner, her voice at times almost a whisper. Yet there is tremendous power in her words, her message strong and clear. The end result is a quite beautiful album with nine tracks lasting just over half an hour and leaving the listener wanting more.

The album’s title refers to a philosophical swing between good and bad in life, with the path of human growth being to develop the resilience necessary to survive the inevitable downswings. Badru expresses this clearly through her lyrics, refusing to let the bad times define her. The lows will come but so will the highs.

The past single Mind On Fire opens the album, a lovely song that sees Badru singing in a higher key than usual. A steady beat and repeated harmony vocals add an atmospheric feel. Bridges follows, the beat this time electronic and the vocals more typically slow and hushed at first, before the track bursts into life. Just Visiting is cleverly written, using metaphor to describe the need to remove the baggage of the past in order to move on.

Navy Blues is quite lovely, a soulful ballad focused on getting over a bad relationship. Again the strength to move on comes through clearly. Waiting Around uses a folk style finger picked guitar melody to back vocals that rise and fall beautifully. Fossil Fuels, Badru’s current single, has an odd beat but again the vocals are soft and deliver a hard hitting message gently.

Happy Pretending looks back on a past relationship once more, although the take here is the danger of ignoring the past rather than building on it. Splintered might be the best track on the album, its message of taking control and healing ourselves coming through in vocals that rise to almost ethereal heights. The closing Dreamer has an optimistic air, ending the album by reminding us to think of possibilities rather than limitations.

Pendulum is an album with a deep and philosophical feel, yet it is accessible and has a core of light and optimism. Aisha Badru has obvious songwriting abilities and this debut album introduces her talents in a stylish album that has real substance.