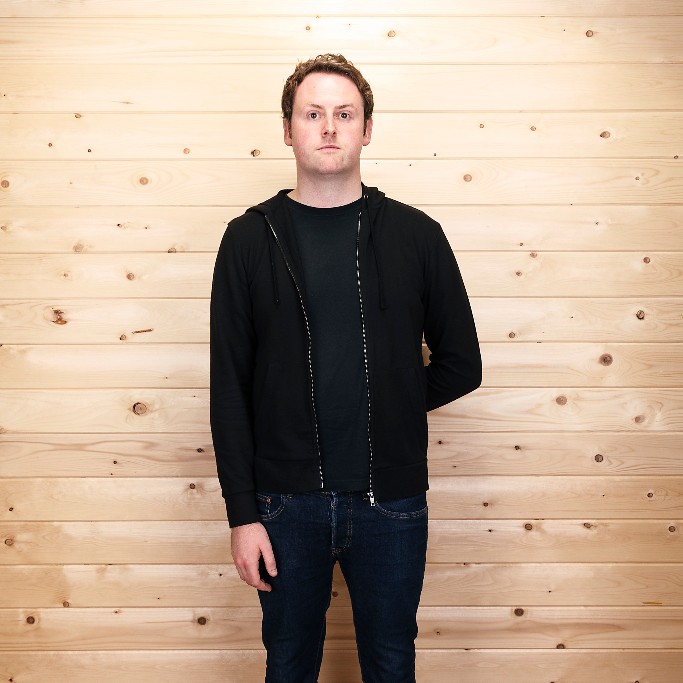 Dublin electronica/shoegaze artist Feather Beds has revealed a disturbing new video for latest single ‘Headache Dreams’ which anyone suffering from a dose of coulrophobia (fear of clowns) might want to avoid.

The track is the latest to be taken from his second album Blooming, which was released late 2017 via Montreal, Canada-based label Moderna Records and picked up a swathe of critical acclaim from the likes of The Line of Best Fit, Clash, Gold Flake Paint, The Thin Air and more.

A typically beautiful slice of melancholic, lo-fi output from the producer and songwriter (aka Michael Orange), this latest single showcases the more experimental electronica-leaning elements of his music, playing with themes of repetition and waves of hypnotic, distorted samples.

The new Feather Beds album was recorded while Orange was based in Montreal over a two year period and features seven songs in total. Full of textured ambient compositions which combine delicate electronics and ethereal vocals, Blooming is a work of ornate beauty and uplifting sadness from a new artist with bags of potential who references the likes of Boards of Canada, Four Tet, Lemon Jelly, Steve Reich and Caribou as influences.

Mixed and co-produced by Stephen Shannon (Adrian Crowley, Strands), Blooming follows on from 2015’s critically acclaimed debut album, The Skeletal System, and was tipped by many as one of 2017’s most intriguing releases.

Fat Cat Records picked up on lead single ‘Play Dead’ recently featuring it on their site, and the track also had support from BBC Introducing and BBC Radio 1 with Huw Stephens. Feather Beds has also seen continued homegrown support from the likes of BBC Ulster, Across The Line and The Irish Times.

Blooming is out now via Moderna Records