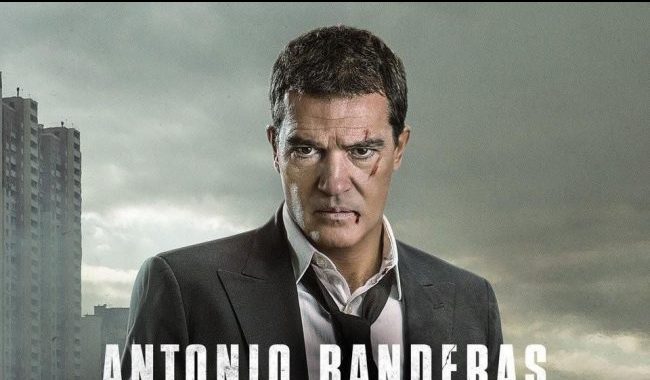 While the plot of Acts of Vengeance (2017) resembles many other similar plotlines of action thrillers from numerous efforts from the Steven Seagal potboilers to the slick Liam Neeson action films. Filmed entirely on location in Bulgaria made to look like some nameless American city, this action film is directed by Isaac Valentine. Valentine went from directing TV series and videos to low budget action movies. Behind it, this film has backing by some big names, if not household ones, bringing together an international set of producers and executive producers including those behind the spate of recent British gangster films, under the radar action films with big names, like this film, the producer of such movies from Israel as the Lemon Popsicle films as well as The Expendables franchise and Olympus Has Fallen (2013) producers.

Starring regular action stars Antonio Banderas and Karl Urban the plot is fairly standard stuff. Banderas plays Frank Valera, a high powered corporate defence lawyer who spends much of his time working and feels guilt for not spending time with his wife and daughter. He desperately tries to make it through traffic to get to his daughter’s solo singing spot (dedicated to her Dad) at a school concert. He misses it and chooses to go straight home but grows concerned when later in the evening they don’t arrive. Later he is called on by the police to that they’ve been murdered, their bodies left in a storm drain.

The film openend in a sequence in which a roughed up looking Bandeas enters a coffee shop and beats up one of the chefs there the narrative flashes back to before the death of his family. He takes a vow of silence after their deaths until they are avenged and we hear his voice through narration (though it has to be said it makes him sound more like his animated character Puss in Boots in the Shrek films). He goes rogue after their deaths, gets beaten up in cage fights and learns the old martial-arts. He tries to investigate who and why his family were brutally butchered.

Without giving too much away, Urban plays the villain of the piece and the action is well handled, even if the Bulgarian locations don’t really work as a location. There is an element of pretentious philosophy in the film with intertitles quoting Marcus Aurelius but the action is well handled and will please lovers of a violent action film but otherwise Acts of Vengeance doesn’t offer much that’s new.