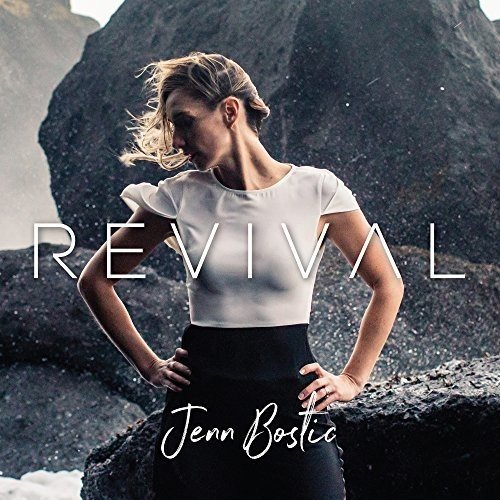 Award winning US singer songwriter Jenn Bostic has made her name by mixing several musical styles to produce her own sound. She has been described as being too country for pop and too pop for country, which is probably rather harsh for a very talented songwriter with great vocal talents. Yet it does neatly express her own desire not to be placed into a musical pigeonhole.

Revival is the follow up to Bostic’s well received 2015 album Faithful, and again she does things her own way to good effect. The album’s twelve tracks were recorded at the House of Blues Studios in Nashville and produced by six-time Grammy award winner Paul Salveson. With a mix of tempos and styles, Bostic’s powerful and honest vocals are well backed throughout by an excellent band, giving a full and bold sound.

There are several very good songs on Revival. Wrong Thing opens the album with a fine bluesy track that verges close to rock territory with some fiery guitar work. The message her is to follow your heart and overcome fear of doing the wrong thing, and the defiance in the vocals is clear. Follow Your Own Star has a similar positive message and again the guitar work is excellent.

Hollywood is a bright pop song with a radio friendly chorus and wry lyrics, telling of avoiding a celebrity lifestyle. Lonely, a slow ballad, features a lovely vocal, the pain of the lyrics beautifully expressed, while Lamp returns to the bluesy rock vibe in fine fashion.

Faint Of Heart sits at the centre of the album. Played solo over piano it is a very personal song, and again the theme is a positive one of following your dreams. And when Jenn Bostic lets her voice soar its uncompromising message comes through clearly. The album’s lead single is the title track, a gospel inspired song with plenty of soul that closes the album in uplifting fashion.

Revival is a good album, showing that Jenn Bostic is clearly an artist who likes to do things her own way. And she has both the talent and the confidence to make it work. Her vocal work ranges from slow and emotional to bluesy rock and through to the big ballads. She has power and control, and uses her voice to put great life and feeling into her songs.