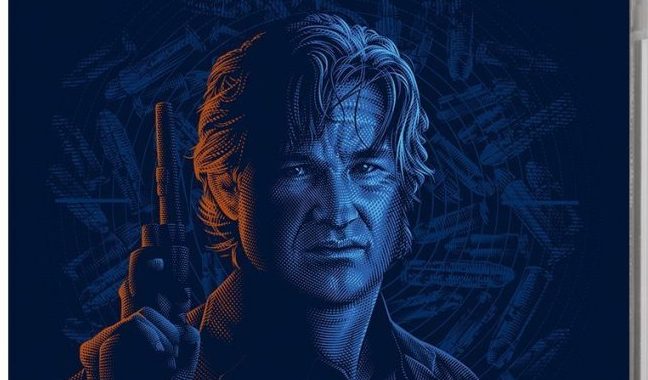 The story of Rodney King became a bi-word for a racist or at least an institutionally racist police force in the United States. Of course, anyone familiar with the news stories coming out of the U.S., those problems still remain with gun violence by the police and citizens alike becoming ever more prevalent. In 1991 King had been involved in a high-speed police chase in Los Angeles after he had been driving under the influence. He admitted in his trial that he had tried to outrun the police, but when he was finally stopped four police officers brutally beat King which happened to have been filmed by a bystander. The subsequent trial led to the acquittal of the four officers involved lit the fuse for the L.A. riots of 1992. Dark Blue was a film that has the acquittal and the riots at the heart of its story, made 10 years after the events.

The film has at its centre a grizzled career cop, Sgt. Eldon Perry (Kurt Russell) who has lost focus on right and wrong. He is coaching a young cop and his new partner, Detective Bobby Keogh (Scott Speedman) who is under inquisition in a Gun Board hearing in relation to use of deadly force (committed by Perry). He is cleared only days before the Rodney King acquittal. Meanwhile in a poor quarter of L.A., two masked thieves kill four and seriously wound another in the robbery of a Korean convenience store. Perry is increasingly influencing Keogh to be ruthless with villains and actively encourages him to summarily execute them during raids and operations. If the mix of law and villains wasn’t blurred enough, their superior, Commander Van Meter (Brendan Gleeson) is working with these nasty villains. Meanwhile, a black Assistant Chief, Holland (Ving Rhames) is investigating corruption in the department and asks for the assistance of mixed race Sergeant Beth Williamson (Michael Michele). As King is acquitted and the net is closing in on Perry L.A. threatens to explode in violent.

The script was originally written by James Ellroy who had written the retro neo-noir L.A. Confidential (1997), but the treatment was too long and needed to be scripted and honed by another writer. David Ayer was brought in who had previously written a very similar films to this in many ways, Training Day (2001). He would go on to write many other strong corrupt police dramas: SWAT (2002), Harsh Times (2005), End of Watch (2012) and Sabotage (2014), all of which are quality films with a similar theme. The action is well sustained throughout and in all probability fell under the shadow of Training Day. Russell’s character is a little over the top in places, such as the finale prize giving ceremony in which he exposes his own failings as well as police corruption. Although a little more eccentric he is a little more loveable than Denzel Washington’s character in the aforementioned film. As Russell says on one of the extras, his character is risky and you can like and dislike in equal measure.

Much of the film is shot on location giving a gritty sense of the locale of the L.A. projects and director Ron Shelton was keen that although only set 10 years previous to when the film was made, it does have that unromantic hot concrete feel of heat of L.A. and the look of a film of the early 1990s and late 80s such as Falling Down (1993) or To Live and Die in L.A. (1985). The disc, as one would expect from Arrow Video has plenty of extras including archived interviews and featurettes including the cast and crew covering such topics as the costume design of the film, the police technical advisor on the authenticity and an interesting look and footage of the production and how the L.A. riots was handled by the filmmakers and writers.