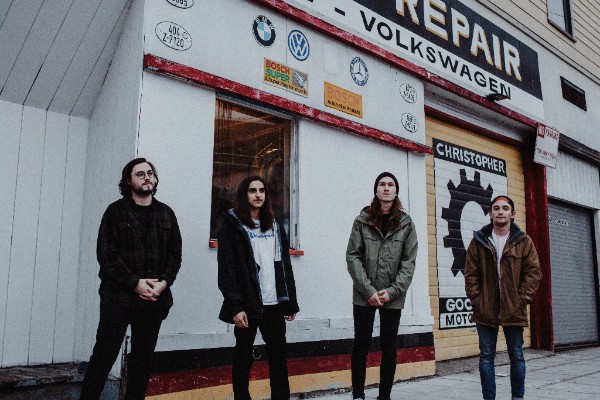 Illinois based based rock band Homesafe have premiered new song ‘Stay Away’ via Upset Magazine. The track is found on the band’s anticipated, debut album, One, which will be released on 29th June via Pure Noise Records. The record is now available for pre-order at http://smarturl.it/homesafe.

Speaking on the new song, Homesafe vocalist and bassist for celebrated pop-punk band Knuckle Puck, Ryan Rumchaks says, ‘Stay Away was one of my favorite songs to record for One. It’s a song that sparked from an on-the-spot idea in the live room at ABG. It’s definitely one of our most different-sounding songs yet. It has a broken-down, unplugged feel’

The band’s latest single, ‘Stay Away,’ follows the band’s recent release of their video ‘Run’ and ‘Vanilla-Scented Laser Beams’ which you can watch here and here.

Homesafe hails from the suburbs of Chicago, featuring members Ryan Rumchaks, Tyler Albertson, Emanuel Duran, and Joe Colesby. The band has self-released a string of music independently over the years, including their latest, riveting EP, Evermore, as they have developed and toured to a homegrown audience. Homesafe has now signed to Pure Noise Records ahead of releasing their debut full-length album in 2018.