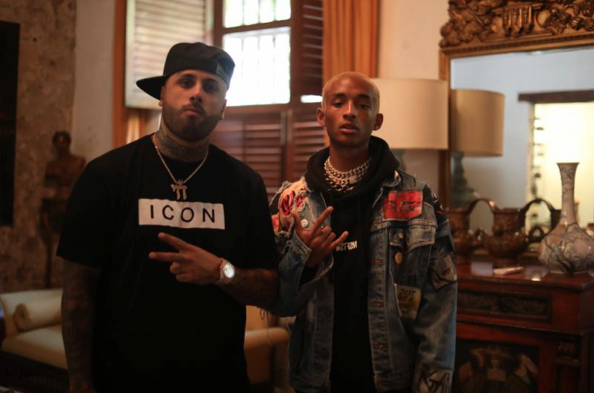 Following a slew of recent accomplishments, Jaden Smith, the multitalented visionary and cultural trendsetter, has paired up with Colombian hitmaker Nicky Jam for a powerful Spanish-language remix of his RIAA Gold® status single ‘ICON’, which has already become a musical phenomenon with over 100 million streams to date.

The ‘ICON’ Remix brings together Jaden Smith’s hard-hitting verses with Nicky Jam’s signature Latin flair for a bilingual track that highlights both artists’ undeniable and unstoppable talent. A gritty beat serves as a backdrop for their sharp vocals.

Shot in the streets of Colombia, the music video for the ‘ICON’ Remix sees Smith and Jam deliver rhymes with unparalleled skill, while they hang out with locals in strikingly colourful locations. Destined to become a global hit, the song proves Smith’s commitment to expand his brand and create something special for his Latino fans.

‘SYRE’, Jaden Smith’s debut album, has already amassed over 250 million U.S. streams and debuted in the Top 10 on Billboard’s Rap Chart, Hip Hop / R&B Chart and #23 on the Billboard 200. Smith recently wrapped his Vision Tour and is currently working on his newly announced partnership with famed denim brand G-Star Raw.