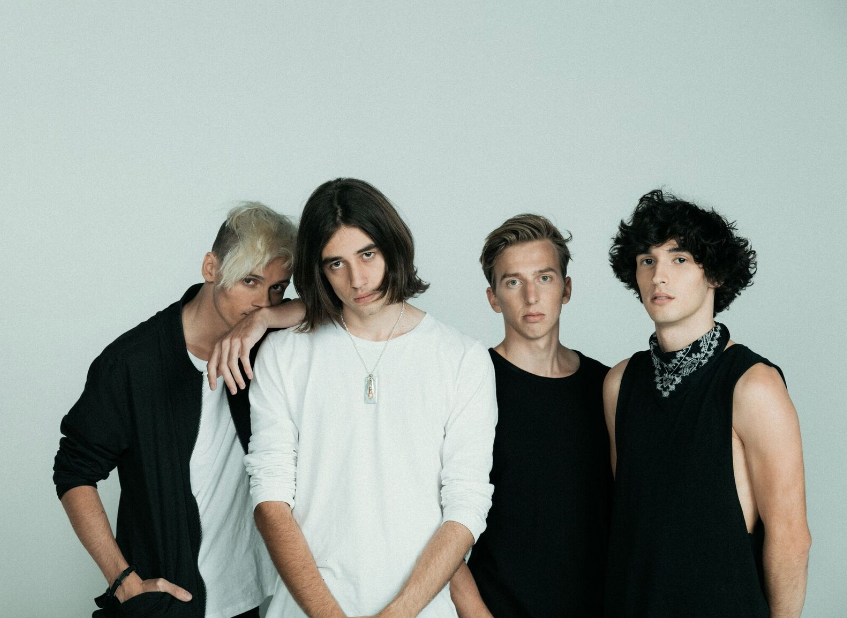 Today, The Faim have partnered with Billboard to premiere the official video for “Summer Is A Curse,” the third single from their forthcoming debut album.

The highly-anticipated new video follows frontman Josh Raven and his love interest on the run from the law, eventually escaping before it all goes up in flames. It also showcases the band delivering a stellar live performance with the Welsh countryside as a fitting backdrop.

The song was co-written with Ashton Irwin of 5 Seconds of Summer, and according to Josh, “ ‘Summer is a Curse’ is a reflection of our journey as a band. Being placed out of Australia and in LA for the first time as a band, we got thrown into this whole new world of exciting experiences and pressures. As frightening as it was, and no matter our feelings at home, it became this tunnel vision of realising that we had this chance to make our dreams a reality. Our music video reflecting that exact same feeling of freedom was so important for us.”

The track follows the massive debuts of the quartet’s previous releases, “Saints Of The Sinners” and “Midland Line.” which collectively have over 1.6 million streams to date. All of the band’s songs were produced with the legendary John Feldmann (blink-182, All Time Low, Good Charlotte) and have racked up support from VEVO, BBC Radio 1’s Dan P Carter, Upset, Rock Sound, TMRW, Alternative Press, MTV, The Box, Scuzz and more. Stream and purchase “Summer Is A Curse” HERE.

The Aussie pop-rock quartet kicked off 2018 with extensive global touring this past 2 months supporting Lower Than Atlantis, Sleeping With Sirens, PVMNTS, The Dangerous Summer, PVRIS across 5 tours and 54 shows. These included sold out Headline shows and some of the most talked about appearances at The Great Escape, Slam Dunk, Camden Rocks & Download festivals. The band will return to the UK & Europe later in the Summer for tours with Waterparks and Sum 41 and then Reading & Leeds Festivals

During the recording process of their debut album, The Faim have teamed up with some of the scene’s biggest luminaries, including Fall Out Boy’s Pete Wentz, Twenty One Pilots’ Josh Dun, and blink-182’s Mark Hoppus. Fans can expect more music later this year, and stay tuned for additional exciting news.