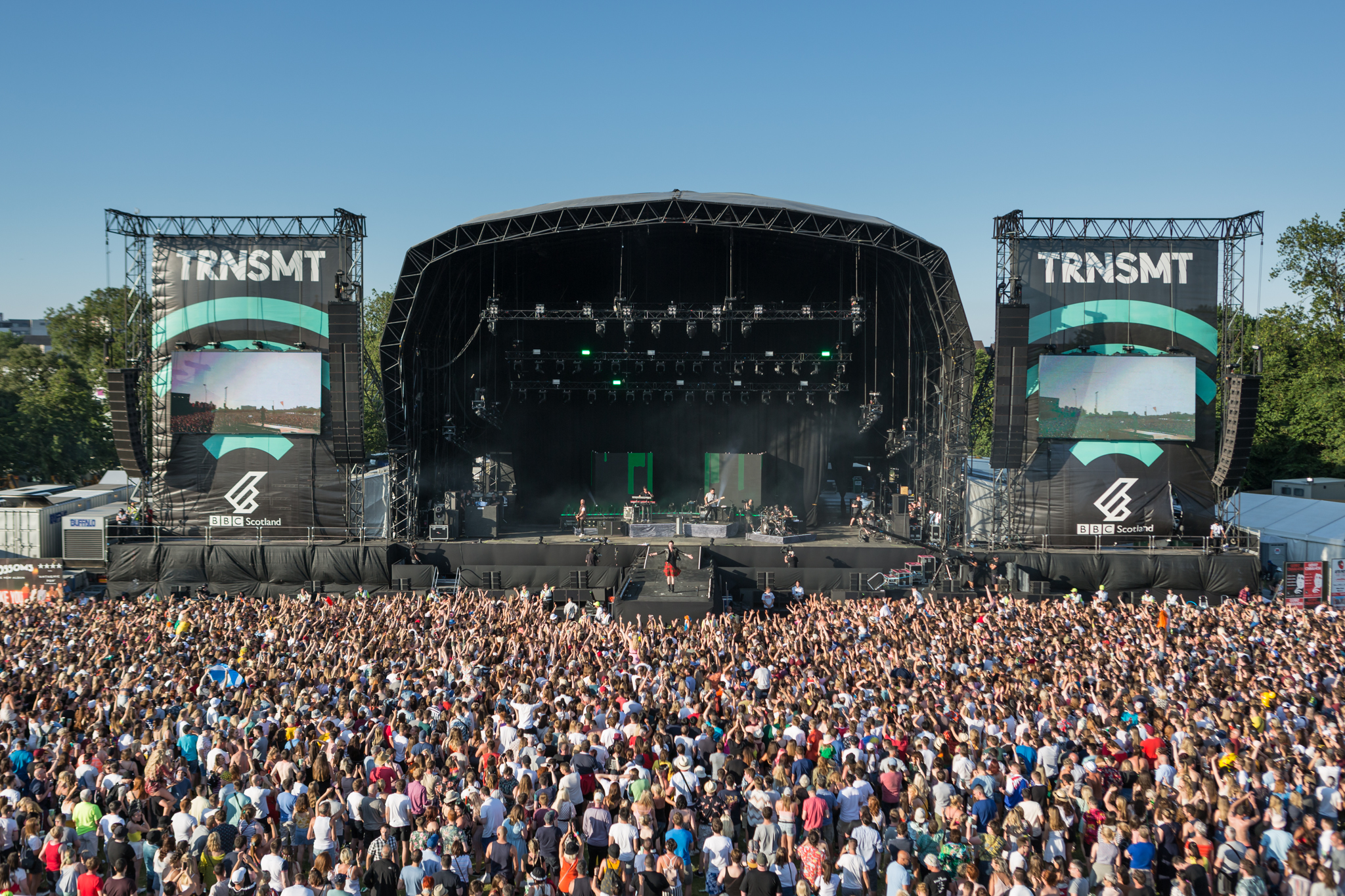 Scotland’s biggest music festival TRNSMT was back with a SUNsational start in the Glasgow sunshine, as music fans in their thousands descended on Glasgow Green to witness sets from some of the world’s biggest acts. Ireland’s Picture This started off proceedings with a soulful set as the first band to play TRNSMT 2018, getting this year’s festival off to an amazing start.

Embrace brought an element of nostalgia to proceedings with a setlist boasting some of their biggest hits such as ‘Ashes’ and ‘Gravity’ delighting the TRNSMT revellers.

Thousands of music fans enjoyed a mass singalong when Jessie J took to the stage looking striking, armed with a back catalogue of chart hits and a live show that seriously lived up to fans’ expectations as she shouted into the crowd “I want to make Glasgow dance!”

The singalongs continued as Kodaline took to the stage as an undoubted highlight of day one as the crowd enjoyed an awe-inspiring performance on the Main Stage. Following this was tartan trousers clad James Bay, who brought his huge hits and a taste of some of his latest record Electric Light. Starting off with the huge ‘Pink Lemonade’ he brought Glasgow Green to a standstill during ‘Let it Go’ as fans sang their hearts out, closing the set in style with the classic ‘Hold Back the River.’

James Bay said: “This is why I come to Glasgow! You sound amazing! I honestly cannot tell you how incredible it is to be back here.”

Meanwhile, down by the river, fans enjoyed a brand new offering for 2018, as Hotels.com treated fans to a chilled out space on the banks of the River Clyde, providing a whole new element to Glasgow Green and TRNSMT 2018.

Over on the King Tut’s Powered by Utilita Stage, The Slydigs began proceedings with a huge sound and amazing energy. Glasgow band The Ninth Wave cemented their place as one of the country’s best live bands while Sam Fender proved just why he’s one of 2018’s most promising live acts. Anteros were up next with frontwoman Laura Hayden owning the stage with her incredible vocals and style. Marmozets brought the heat as the sun remained bright in the sky and Pale Waves delivered a brilliant penultimate set with their hit-laden setlist and enigmatic frontwoman Heather Baron-Gracie. King Tut’s Powered by Utilita Stage Friday night headliner Tom Walker showed the standard south of the border is just as strong as up here in Scotland, paying special tribute to his Gran’s very first appearance at a festival!

Tom Walker said: “Massive shout out to my Gran who is here. She’s 80 years old and this is her first festival – this one’s for you Gran!”

As the fans continued to sweep into the TRNSMT site, they were treated to amazing offerings glistening in the unusual Glasgow heat including the #SmirnoffHouse. Here, a sea of fans surrounded DJs including Sean Claude and Pretty Ugly, who provided the crowd with good tunes, cocktails and sun-drenched memories.
Danny O’Donoghue said: “These are the kinds of gigs we live for…”

As the summer sun began to set, The Script took to the Main Stage. As seasoned festival performers and favourites of the Scottish crowd, there was no doubt their set would be one to remember and they certainly delivered. Frontman Danny orchestrated a left to right shuffle as the fans danced in their thousands, exuding sheer happiness. With the sunshine, incredible tunes and an amazing festival atmosphere, it really was a sight to behold. As their set drew to a close, only one thing remained…

Stereophonics, one of the biggest bands the UK has ever produced, took to the stage with their usual swagger and class. Frontman Kelly Jones commanded the crowd in his usual manner, with his signature SG guitar slung around his neck and a cheeky smile, the band launched through a set that covered their varying, extensive career including ‘C’est La Vie’ and a ‘Good to see you Glasgow’ from the ever-captivating Kelly Jones. As the sun set across the city, Glasgow Green stayed bright and every bit as vibrant, as Stereophonics took tens of thousands of fans on a journey through their career, with tracks from their latest release ‘Scream Above the Sounds’, to classics such as ‘A Thousand Trees’ and ‘The Bartender and the Thief’.

Stopping to ask the crowd to serenade the band’s drummer with a rendition of Happy Birthday, Kelly had the crowd in the palm of his hand. As ‘Dakota’ was belted out into the TRNSMT crowd, huge sing-alongs filled the air around Glasgow Green and as their epic set drew to a final crescendo of excellence, the Welsh rock icons were treated to a roar only a Scottish crowd could produce.

The vibe around the site was electric, the ideal start to the days that follow, and a reminder of why Scotland’s biggest festival is one not to be missed over this weekend and next.

Geoff Ellis, Festival Director said: “A hat-trick of the sunniest festival weather in Europe, incredible performances and the best audience in the world made for a superb first day at TRNSMT. We’ve got a sell-out gig tomorrow with another top bill and another tremendous weather forecast.”