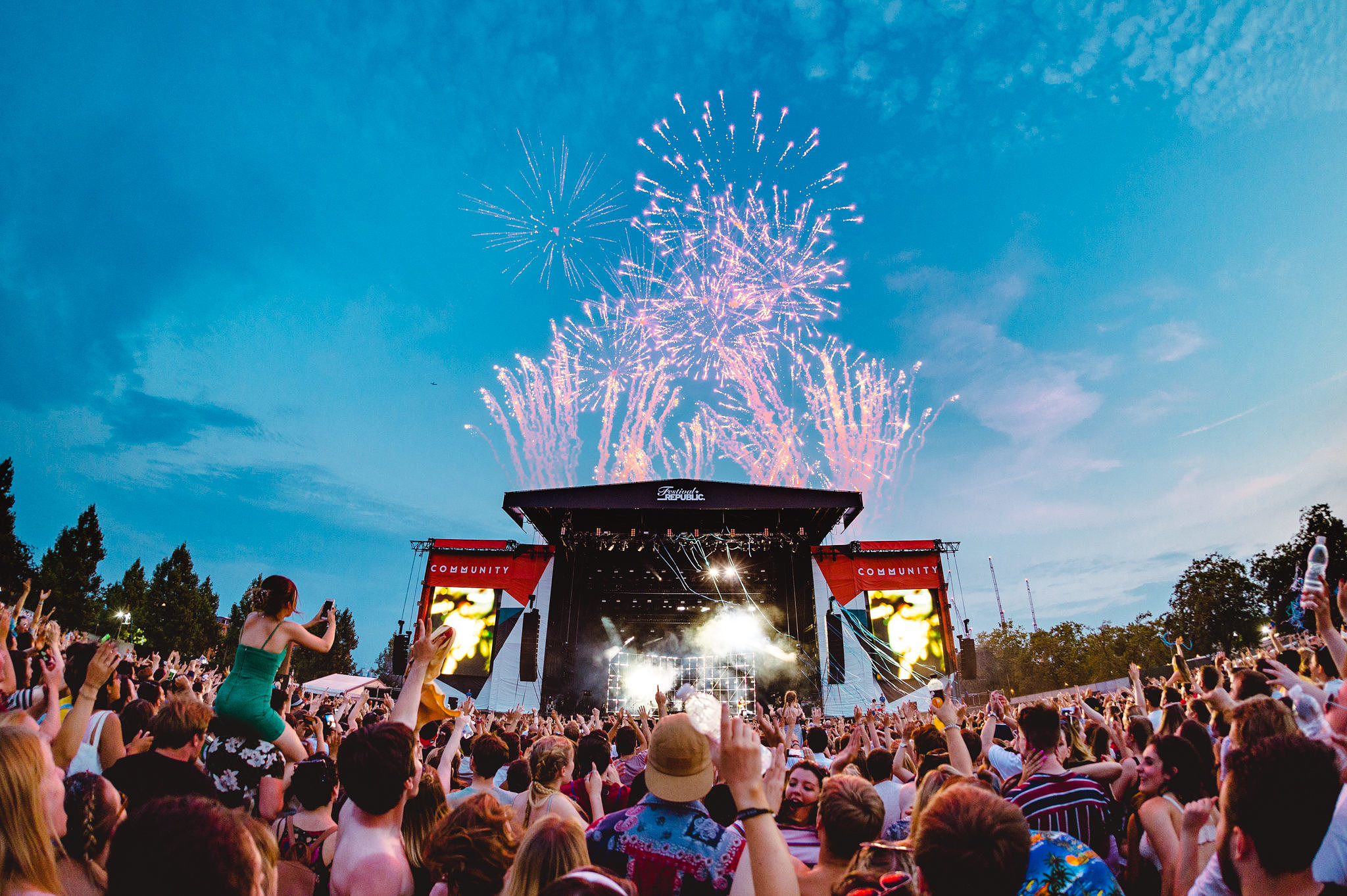 This was my first visit to Community Festival, so I was looking forward to seeing what it would be like. Festivals can be a disorganised mess if not planned properly or can be a fun and enjoyable day out. Thankfully, Community Festival was the latter.

On arrival, picking up tickets was easy enough and then we went through the airport-style security check, also pretty painless. Entering, there were lots of staff who were helpful in directing me to the stages and various areas. The place was planned out well with lots of space to move about in, and loads of open areas to sit down on.

Being an all-day affair, food and drink are a must. The food stalls in attendance were pretty great with a wide variety of offerings. There was a lot of cheesy curly chips and burgers, but there was also a good amount of healthier options such as vegan food stalls. Water was free to all, and there were ample amounts of spots to buy alcohol. Everything was clearly labelled to be seen from afar. Thankfully there were ample loos on the grounds as well.

Stage one was huge and had thousands of us watching the likes of Circa Waves, The Vaccines and the main act: Two Door Cinema Club. The sound systems we good, we could hear the band from anywhere in the area. The screens set up weren’t the largest around, so it wasn’t advantageous to watch them versus the stage itself. The area had enough space to walk around easily and get up close to the action.

Stage two wasn’t far away and hosted Yungblud, Sam Fender, Ten Tones and more. The space here was smaller and in a bit of a dip which helped with the view of the stage. This was your more usual concert-feel with it being densely packed. This was where my highlight of the night came from with the goth-looking Pale Waves from Manchester. I had never heard of them before, but they had some serious stage presence and put on a great show.

I’m looking forward to seeing how Community Festival continues to grow next year!