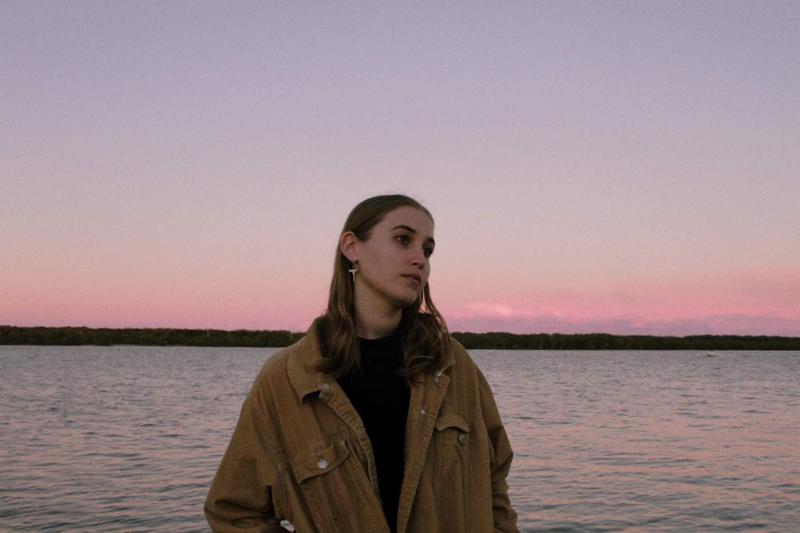 Following a hugely successful first UK tour and the release of her debut EP, Brisbane’s Hatchie has shared a new video & announced a return to Europe later this year.

Last month Hatchie played a string of packed out shows and festival dates around the digital release of her EP ‘Sugar & Spice’ via Heavenly Recordings. The EP will now see a physical release on 12″ blue vinyl this September 7th ahead of performances at Pitchfork Paris Avant-Garde on October 31st and London Electrowerkz on November 1st.

Hatchie is the world of Harriette Pilbeam. To hear her music is to step inside her mind; a dreamy landscape where cascading synths, jangling guitars and white noise undulate beneath irresistible pop melodies. Rather than focusing on the external world of her daily life in Brisbane, Australia, Pilbeam instead turns her gaze inwards, making a soundtrack out of her daydreams, setting her emotional life to song.

2018 has already been a monumental year for Hatchie. After signing to Ivy League Records for Australia/New Zealand, Heavenly Recordings for UK/Europe and Double Double Whammy/Polyvinyl for North America, Harriette and her band have toured worldwide, including shows at SXSW, Live at Leeds, Liverpool Sound City, The Great Escape, packed out London headline shows at The Shacklewell Arms, The Social and The Sebright Arms, plus an Australian tour with DMA’s. This success looks set to continue into the second half of the year with US dates with Alvvays and Snail Mail, plus these newly announced European dates, detailed below.