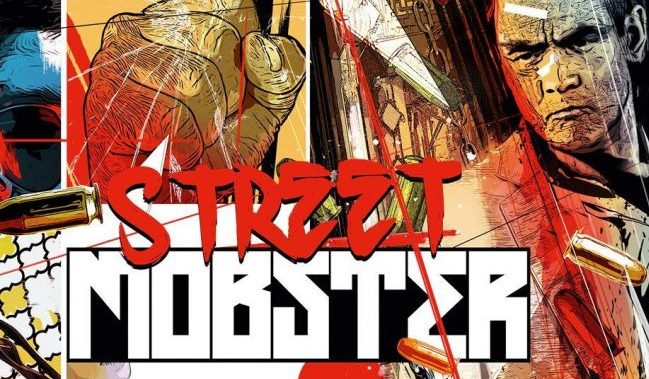 Street Mobster (1972) is a tough, violent and gritty yakuza action drama. It was directed by Kinji Fukasaku, a filmmaker who became the leading master for films of this genre and in many ways this film set the path for Fukasaku’s career that included many films that have been released on Arrow Video including the Battles Without Humanity films and the New Battles Without Humanity films, Cops Vs Thugs (1975), Yakuza Graveyard (1976) and Doberman Cop (1977) before he went on to make perhaps his best known film late in his career, Battle Royale (2000). This film and many others starred Bunta Sugawara who became the tough guy star for these films, including Street Mobster, this was the one opened the start of that relationship.

Sugawara stars as Okita Isamu, a street punk who recalls his upbringing and early years that was mostly informed by poverty, a prostitute mother who drowned after falling into the river drunk, leaving the boy to fend for himself from a young age on the streets of Kawazaki, an industrial working-class suburb south of Tokyo and people fending for themselves in this survival of the fittest. He becomes involved in gambling, prostitution and violence before being sentenced for 5 years for his activities. When he is released he doesn’t recognise the modern Japan he is released into, with long haired youths and hip kids. Shortly after his release he comes across a prostitute friend, Kinuyo (Mayumi Nagisa) who reminds him that she was led into becoming a sex worker after he and his friends had gang raped her. Nevertheless, there is an uneasy bond between the pair and after he had been brutally beaten up and shot she gives her blood to save his life. In effect they are both social outcasts who rely on each other. Meanwhile, Okita fights for dominance on the streets but is caught in the conflict between two rival yakuza gangs who both attempt to tame him and use him to their own advantage. The only problem is, he has no respect for the yakuza code of honour.

Sugawara, already a prolific actor since 1960 is perfectly cast in this film as the tragic villain who elicits only a tiny piece of sympathy for his otherwise despicable character, a product of his own upbringing and environment. He would go on to play this type of character many times for Fukasaku; this was the first of his films that led him along this path and does not hold back with the toughness, the violence against men and women nor the conditions of this individual and people of his ilk. This is heightened further by the frenetic and dizzying movement of the hand held camerawork, highlighting how different Fukasaku’s style was to say Martin Scorsese’s Mean Streets made a year later, much more subtle, even nostalgic film in tone.

There are fewer extras on this disc than on many of Arrow’s release, although there is a commentary track by Tom Mes.