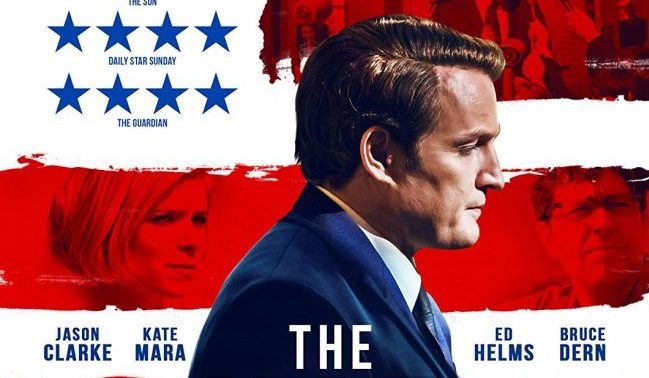 Released in the UK by Signature Entertainment as The Senator (2017), the original US title is Chappaquiddick which was probably changed as it might have confused many viewers in the UK as to what this film was about, let alone how to pronounce it for those who are not aware of the Chappaquiddick scandal. Senator Edward ‘Teddy’ Kennedy became one of the longest serving Senators in American history, a Presidential hopeful in 1980 and a strong supporter and advocate of President Barack Obama. But back in 1969 Ted Kennedy was at the centre of a scandal that was at the time the cause of much derision towards him and controversy including such jokes as saying he was a great orator, but a bad date. This all happened just one year after the assassination of his brother and Presidential hopeful Bobby Kennedy and almost 6 years after the assassination of his other brother, President John F. Kennedy.

Directed by John Curran, a director who previously has only directed 5 other features, including the Chinese set costume drama, The Painted Veil (2006) starring Naomi Watts and Edward Norton and written the script for The Killer Inside Me (2010), this film is relatively small in ambition and scale, but nevertheless not small on drama. At 106 minutes it moves at a decent pace and sticks to the facts with only a whiff of artistic license conspiracy theory.

The film opens on the fateful day in question, 18th July 1969. On Chappaquiddick Island, just off Rhode Island, Senator Ted Kennedy (Jason Clarke) is hosting a party for campaigners who worked for his late brother Bobby, assassinated only a year earlier. Ted has befriended Mary Jo Kopechne (Kate Mara), a 28-year-old campaign strategist who worked for Bobby. In the evening Kennedy goes out for a drive with Mary Jo and stops the car. Disturbed by a passing police car, he speeds off, eventually driving off a small bridge into a pond and lands the car upside down in the water. The Senator escapes, makes his way back to the party and tells two of his assistants what happened. They go back and are unable to get Mary Jo’s body out of the car. It is approximately 9 hours before Kennedy reports what happened.

The film shifts gear with damage limitation led by the powerful Kennedy team. Ted’s father, Joe Kennedy (Bruce Dern) has held huge sway over the family for many years. When Ted asks for advice, the elderly, post stroke Joe mumbles the word “alibi”. The Kennedy team launches into damage limitation action to cover up what they see as a mess and bring a fixer who helped with the Bay of Pigs debacle. However, Ted’s conscience leads him to want to do the right thing, much to the chagrin of his father. Ted’s cousin, Joe Gargan (Ed Helms) is the other side of his conscience and Ted, being torn ends up turning this into a bigger scandal and potentially destroying any chances of a future presidency, including misguidedly wearing a neck brace at Mary Jo’s funeral.

Once you get used to Clarke as Teddy Kennedy he does grow into the role and resembles the Senator a lot. He plays the role with a good deal of complexity with flashes of being the great orator he was, although at times it seems to come out of nowhere. As do Dern as Joe Kennedy and Mara as Mary Jo. Dern is in fact outstanding as Kennedy Senior as we know what he is thinking with a glance and holds the power even as an old infirm man. The film is realistic in setting (shooting at the actual locations) and follows the time line well. Naturally, it does take some artistic license with some of the mystery surrounding the circumstances of why Teddy was with the girl, what actually happened and the 9 hours following the tragedy. Nevertheless, the knowables are well delivered and accurate.

Even if many, including Americans under a certain age have never heard of Chappaquiddick, Byron Allen, CEO of Entertainment Studios said he received a good deal of pressure not to release the film. Resultantly the film has only sadly had a limited release in the UK and no theatrical release. Sure, it has attempted to create some conspiracy around Kopechne’s death, but the deceit for this lies more with the men in black than Kennedy himself. Years later Kennedy’s legacy was unmarred by the tragedy when he became one of the greatest orators in the Senate as well as one of its longest serving and ran for Presidency as the Democrat choice losing out to Jimmy Carter (who lost out to Ronald Reagan).