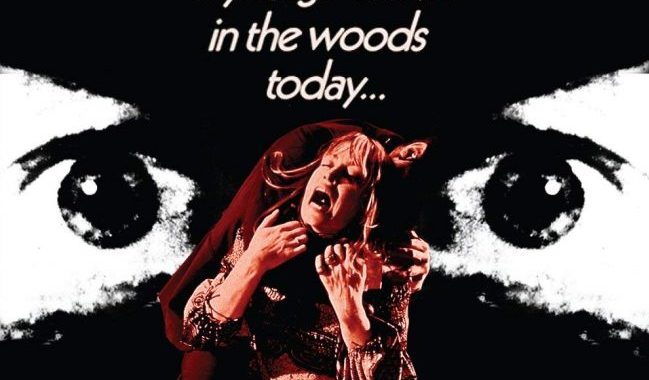 At face value Assault (1971) resembles one of those crime thrillers churned out in great numbers in Britain in the 1950s. There was often a murder, a girl who gets involved in the investigation, several red herrings and a raincoat wearing flat foot on the case. In 1968, with the advent of Twisted Nerve, we welcomed a new breed of thriller, this one about a disturbed young man (Hywel Bennett) stalking Hayley Mills, beginning a whole new breed of kinky psychological thrillers. For the next 5 years, while not as high in number as the aforementioned thrillers of the 1950s, there were plenty made with even Hammer jumping on the band wagon with the likes of Straight On till Morning (1973). These two aforementioned films excluded the flat footed copper. Alfred Hitchcock’s Frenzy (1972), his last British film and an under appreciated classic, does have the police on the trail of a killer, here a perverted tie strangler. Also in 1972 was The Offence, arguably the best of them all that has a maverick cop (Sean Connery) searching the murderer of young school girls in Bracknell of all places.

Assault is based off a novel, ‘The Ravine’, by Kendall Young. The film avoids being gratuitous or over the top and the plot revolving around a pervert raping school girls could easily give way to nudity and more erotic content in promiscuous 1970s Britain. It opens with girls attending an art class held by Julie West (Suzy Kendall). After class the girls leave and one of the friend’s (Lesley-Anne Down in one of her first roles) disobeys the school rules and cuts through the wood. She is stalked and chased through (seen in giallo-style POV) when she is raped and left in a catatonic state. In an effective piece of direction by Sidney Hayers (who had directed the small horror thrillers, Circus of Horrors, 1960 and Night of the Eagle, 1962) we can see the fear in Down’s face and the sound of electricity as she looks up at an overhead pylon. This motif is used a couple of times in the film but is not overdone.

Only a few days later the same happens to another girl, but this time she is reported as missing. While Miss West takes the students out to search for the missing girl down a country lane in her mini, she sees a figure that she later describes to the police as being red and having the eyes of the devil (she is later Mansplained that this is probably the red car lights reflecting on the man’s face and the killer was wearing glasses). With the missing girl’s body now found, it becomes a murder investigation. Miss West works with the police and dangerously sets herself up as bait for the killer. Naturally, we go through a number of red herrings and possibilities as to who the killer might be before he is uncovered, including the slimey reporter (Freddie Jones), but it is actually very obvious to the observant.

Any fans of the giallo thriller in Italy will be familiar with Kendall, who website IMDb describe as a “doe-eyed, honey-blond actress of extraordinary beauty” and appeared in many a classic giallo, including one of the originals, Dario Argento’s The Bird With the Crystal Plumage (1970), as well as Sergio Martino’s Torso (1973) and Umberto Lenzi’s Spasmo (1974). (As with the giallo thrillers) Assault does not contain great acting, but it does have its own sense of style and atmosphere with some effective moments. It also has some able support with a strong British cast including Frank Finlay as the police officer and James Cosmo as his deputy, while the future Master from Peter Davison era Doctor Who, Anthony Ainley also appears. Bizarrely the film is produced by Peter Rogers, the producer of all the Carry On films and fans of those films will recognise both the school and the hospital as Heatherden Hall at Pinewood Studios which often appears as the hospital in the saucy comedies, while the over the top score was provided by Eric Rogers, also of Carry On fame.

There are very few extras to this Blu-ray release by Network Distributing, but the picture quality is outstanding, bringing out the strong colours of the film.