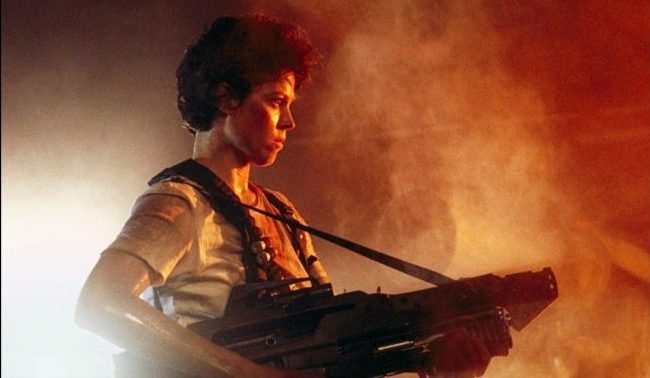 7 Most Badass Women In Film

Men in movies have had their day. Every year, female characters are stronger, smarter, and more badass than ever.

Jen is the latest in a long line of badass women on screen – a descendent of cinema’s most iconic female characters. Here are 7 of the most badass ever.

A party takes a very dark turn when Jen is sexually assaulted and thrown to her death. But after surviving the fall, Jen seeks the ultimate revenge (and trust us, it’s not for the weak stomached). The film’s masterstroke is setting up her attackers to represent the very worst of masculinity – the abuser, the victim blamer, the man who’s complicit in turning a blind eye – and then has Jen take aim at them one-by-one.

Most Badass Moment: Jen fights her former lover in a shotgun battle for the ages, painting the walls quite literally red with blood.

The personification of “hell hath no fury”, wrapped in a Bruce Lee-style tracksuit and handed a samurai sword. Jilted at the altar and left for dead by assassin troupe leader Bill (the film’s title should be a clue about what his punishment will be), The Bride AKA Beatrix Kiddo regains her strength and sets out on a mission of bloody, brilliant revenge.

Most Badass Moment: Annihilating the Crazy 88 singlehandedly in a frenetic, breakneck fight. The Bride’s vengeance is so gory that director Quentin Tarantino had to make some of it black and white to get around censors.

Ripley is the image in which all subsequent female heroes are made – strong, smart, resilient, and quite capable of going toe-to-toe with a snarling, acid-blooded Xenomorph when the occasion calls for it. While the first Alien film remains a masterpiece of tension –Ripley is the only survivor of the doomed Nostromo – it’s in the sequel Aliens when Ripley emerges as the true matriarch of the franchise. She’s a force of maternal rage, hellbent on protecting the orphaned Newt.

Most Badass Moment: Stepping up in the power loader for a punch-up with the Alien Queen. Get away from her you bitch indeed.

Though Wonder Woman can easily match her male cape-wearing counterparts for strength, speed, and super-powers, she also has another trick: lampooning patriarchy everywhere she sees it. Arriving in London for the first time, she has no understanding (and no tolerance) for society’s ideas on men’s and women’s roles, or why she should dress, think, and talk as men expect her to do.

Most Badass Moment: Charging into no man’s land during a WWI battle and taking out a platoon of enemy soldiers. It might be no man’s land, but no-woman’s land? Give us a break.

Sarah begins the Terminator series as a mild-mannered, easily-walked-over waitress. But when she discovers that her unborn son will lead a revolution against evil robots – and one of them has been sent back to, erm, terminate her – she begins an incredible transformation into nails-hard, no-nonsense mercenary. By the time we get to Terminator 2, she has teamed with a T-1000 Terminator (a good guy this time around) to battle the shape-shifting T-1000.

Most Badass Moment: With the T-800 out of commission, Sarah protects her son Jon by pumping the T-1000’s liquid-metal body with shotgun blasts.

Seen in the Avengers franchise (2010-present)

Hulk has his strength, Captain America has his shield, Thor has thunder and lightning, Hawkeye has his bow, and Iron Man has his suit. So what does Black Widow AKA Natasha Romanova have? Double-hard fighting skills and serious smarts, that’s what. She doesn’t need powers or magic weapons. Black Widow can handle it all by herself. Which is why she has been the backbone of the Avengers team from the very start.

Most Badass Moment: Tied to a chair and interrogated by a Russian mobster, it becomes clear that it’s a clever ruse – a way to infiltrate the mobsters (and then beat them up for good measure).

When the new Mad Max sequel was announced – with Tom Hardy as Max – we assumed that the hero of the film would be… well, Mad Max. But no, it’s Charlize Theron’s Furiosa who takes centre stage, rescuing a harem of enslaved women from their captors. With her mechanical arm and warpaint, she’s unlike any female action hero – defined by strength and integrity, not her sexuality.

Most Badass Moment: The film is one long badass moment for Furiosa, from fighting Mad Max himself to killing big bad Immortan Joe (and not just killing him, but tearing off his face) in the final battle.