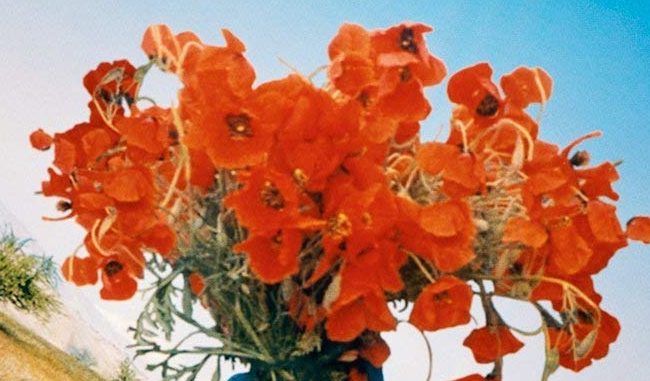 A set of three films by the Iranian filmmaker, the latest release by Arrow Academy is titled ‘Mohsen Makhmalbaf: The Poetic Trilogy’ and includes three key films by Makhmalbaf, two feature films and the more recent documentary, The Gardener (2012). It would be fair to say that the word poetic could apply to most Iranian films that have emerged out of this country. However, these three films have been self-termed a part of the poetic series by Makhmalbaf himself. He is one of a wave of very well respected and influential directors from the Peoples Republic of Iran in recent years that also includes Jafar Panahi and the late Abbas Kiarostami, all directors who have been forced to work outside of the oppressive and conservative Iran.

The aspects of these Iranian directors that offended Iran are very subtle to Western eyes, but carried much weight with the conservative regime. Makhmalbaf had been making films since the early 1980s, from the early days since the revolution. His first key film was The Cyclist (1989), with the neo-realist style films that he made and with this title would clearly resonate with Western audiences, especially as it references Vittorio De Sica’s Bicycle Thieves (1947). Although he made other films in between, his next key film was Gabbeh (1996), the earliest film on this collection, presented almost like a folk poem with its unusual rhythmic folk-poem dialogue. The story is poetically surreal as it shows an elderly village couple who wash their gabbeh, a Persian rug when a girl suddenly steps out of the gabbeh and tells a tale and talks about her family and an uncle seeking a bride.

The next film in the collection is The Silence, a 1998 film about a blind boy who operates in the world by following and listening to musical sounds. The film shows several daily journeys he makes on a bus. The boy is an apprentice instrument maker and is drawn to music which gets him into trouble. Makhmalbaf successfully draws out all the senses in this film and due to the law in ultra-conservatively religious Iran he could not film in his native Iran, but instead shot it in Tajikistan.

The final film, The Gardener is not a narrative film, but a documentary. Made while the director was still living in exile from Iran, it is mostly filmed in Haifa, Israel, in itself punishable by imprisonment in Iran as he looks at and studies the Baha’i faith, a peaceful and spiritual religion that, not unlike early Christianity believes in turning the other cheek. Makhmalbaf’s camera follows and studies the faith in a more poetic rather than matter of fact manner. Unfortunately, as beautiful as some of the images are, this is a rather dull affair with the spiritual hippy approach to the religion being more than a tad nauseating.

However, the earlier two films, especially The Silence are poetic in nature, while Gabbeh veers more to poetic Surrealism. The earlier two films are transferred from a 2K scan and the colours, especially the costumes are stunning, adding to the beauty of the film. To add context to the package there are two interviews with Makhmalbaf, highlighting the Master filmmaker’s work and oeuvre. One is an interview with the director on the release of The Silence and is interviewed throughout the interview with his eyes closed (like the boy in the film). Over 20 years on, there is a more recent interview with Makhmalbaf, in which film critic Jonathan Romney invites Makhmalbaf to discuss each of the film’s presented here.