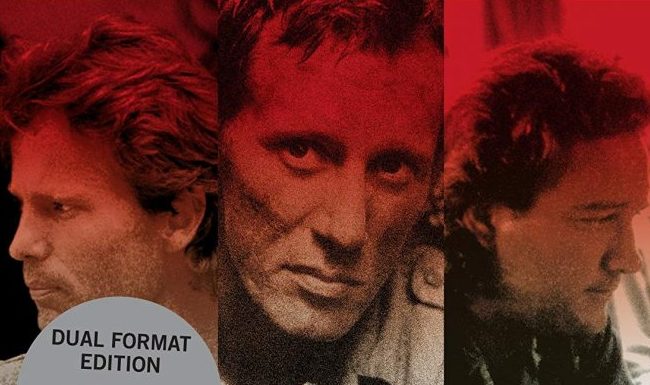 In his 2012 documentary series, ‘The Untold History of the United States’, Oliver Stone dared to give his own take on modern history of America, a story of how the United States of America has since World War II been the puppet master dictating foreign policy and the country’s dirty involvement in the Cold War, Vietnam and Central and Latin America. It does verge on conspiracy theory in places as he did with his classic credible conspiracy theory film JFK (1991). Other films by Stone’s that have dealt with the darkside of American politics have included Born on the Fourth July (1989), Nixon (1995) and a more satirical view in a biopic of George W. Bush, W. (2008).

Released by Eureka! Entertainment, Salvador (1986) is one of Oliver Stone’s earlier films and his first political film; the previous two were minor horror movies: Seizure (1974) and The Hand (1981). With a budget of $4.5 million, Stone threw himself into what turned out to be an adventurous piece of filmmaking that according to the accompanying documentary turned out to be almost as exciting and crazy. Salvador is set in 1980/81 and stars James Woods as an out of work photo journalist, the real life Richard Boyle. Boyle, a larger than life and colourful character who co-wrote the script with Stone and went to El Salvador and Mexico with Stone to film, clashing wildly with Woods in the process.

Boyle leaves behind debts, a failed marriage and his life spiralling out of control. He travels to El Salvador with his friend, an out of work DJ, Dr. Rock (Jim Belushi), who has just bailed Boyle out of jail. In El Salvador the pair runaway from their problems to, a place Boyle has been familiar. Renowned for its banana republic politics and military juntas, they soon run into a storm. Boyle reconnects with a former mistress local girl Maria (Elpidia Carrillo). Looking for a job and as an assignment, he befriends fellow photographer John Cassady (John Savage) who takes him to a dumping ground of literally 100s of dead bodies, murdered by the alleged Death Squads.

He becomes outspoken against the man behind the massacre, the brutal sadist, Major Max (Tony Plana) and the lives of Boyle and his friends and especially Maria and her family become more dangerous. Meanwhile, the fight between the peasant communities and the military dictatorship begins to growing, threatening that the small El Salvador will become the next Vietnam. Boyle, initially seemingly blasé about the politics behind what is going on, soon begins to learn that America is feeding the war, especially with the new President, Ronald Reagan now in power.

This was Stone’s first film that captured the political language of his later career. it is graphic and brutal, changing the tone from the adult humour of the first part of the film to the outright realistic horror of this particularly nasty civil war. It certainly stamped Oliver Stone’s name as a new arrival in cinema that would critique America and American society whether it was the yuppie greed of Wall Street (1987) or the silence and attitude towards returned (and injured Vietnam vets) in Born on the Fourth of July or in Salvador and American interference. It must also be remembered it wasn’t until as late as 1978 that Hollywood truly faced up to the Vietnam War with such films as Coming Home and The Deer Hunter. Stone doesn’t hold back on this film making for some unsettling scenes throughout and gives a lasting impression of the horrors of El Salvador. The brilliance of this film was only eclipsed by the film Stone made directly after, Platoon.

Accompanying the Eureka! release, illustrated with an iconic image on the front cover, is the hour long documentary about the making of the film, Into the Valley of Death (2001). Probably the greatest making of a film documentary is Heart of Darkness (1991) about the adventure and nightmare to make Apocalypse Now (1979), this documentary almost comes near to capture the same spirit leaving the viewer to wonder how the film was made at all with Woods falling out with everyone, Boyle acting his crazy self as well as the conditions they were working in. It includes interviews with Stone, Woods, Belushi, Boyle and Robert E. White, the real Ambassador to El Salvador, depicted in the film by Michael Murphy who supports the veracity of Stone’s film. Also included are 0ver 30 minutes of extended and deleted scenes, a commentary by Stone, as well as audio only interviews with the director. Into the Valley of Death is a perfect companion to this film adding context to a film that accurately portrays the tension of that civil war.