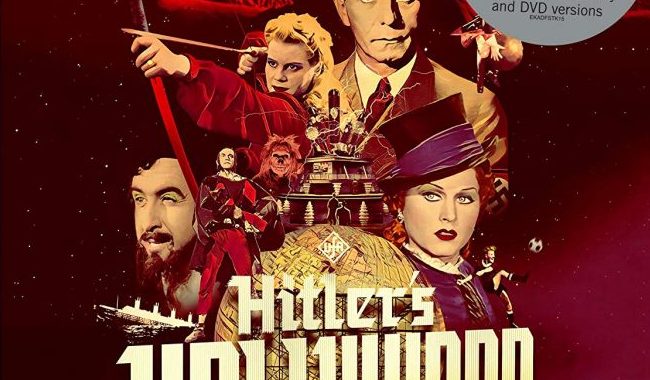 Cinema under the Third Reich is perhaps one of the most written aspects of any national cinema, while remains the most little seen. Few of the films released under the Third Reich were what could be called overt propaganda as most would understand it, but rather a cinema of distraction. It should also be added that many of these films are still available to see in modern Germany, with varying degrees of quality. There are some such as the film about a Hitler Youth boy, Hitlerjunge Quex (1933) or the anti-Semitic Der Edwige Jude (The Eternal Jew) and Jew Süß (1940) that are proper propaganda and of course there are the classic Leni Riefenstahl documentary films such as Triumph of the Will (1934) of the 1933 Nuremberg rally and Olympia (1938). Cinema in Germany was micro-managed by Propaganda Minister Joseph Goebbels who oversaw everything that was said or made under National Socialist rule. Meanwhile, privately Adolf Hitler himself was well known to be a film fan but mostly favoured either Mickey Mouse films or films about the British Empire such as Clive of India (1935) and The Charge of the Light Brigade (1936) and was well known to have admired the British Empire and films about the British Empire. Many films that emerged from Hollywood and the rest of the world were banned in Nazi Germany, either because the actors and directors were Jewish or for reasons unknown such as those films starring Fred Astaire and Ginger Rogers.

Rüdiger Suchsland, director of the 2017 documentary, Hitler’s Hollywood looks at the films that were released under the Third Reich, and not just the best known films such as the aforementioned Leni Riefenstahl documentaries, but also focused on the hundreds of musical comedies that were released in these years, including those starring Hans Albers, Heinz Rühmann, Willy Fritsch and Zarah Leander. Some of these actors who appeared in films in the Third Reich would continue to have a career in post-war Germany, others not. But much German talent left for France, Great Britain and of course Hollywood: Marlene Dietrich, Peter Lorre, Billy Wilder, Ernst Lubitsch and Fritz Lang among them. Many of these household names were actually courted by the Nazis before they left.

Narrated by actor Udo Kier in both English and German language versions, he delivers the narration with a hint of sarcasm in his voice, analysing what is going on, what is below the surface of the narrative. One of the big influences for both this film, and the accompanying documentary, From Caligari to Hitler (2014) it takes social critic from the Frankfurt School, Siegfried Kracauer as a model and guide with plenty of quotes from Kracauer. Kracauer wrote extensively about German Cinema through the 1920s up until the Nazis came to power, about the Tiller Girls in what he called the Mass Ornament and social trends. Most of these films were pretty poor or, at best escapism.

There were a couple of classics and even epics that came out during this period. There were several costumers, such as Viennese romantic musicals, biopics on Frederick the Great (who happened to be a personal hero figure of Hitler’s). One was Kolberg (1945), a film about the East Prussian fight during the Napoleonic Wars. It was directed by one of the leading directors during the Third Reich, Veit Harlan who always seemed a willing supporter of the Reich. Pulling thousands of soldiers away from the Eastern Front as extras, Germany faced defeat, the Ministry of Propaganda found this film important enough for propaganda to put up a last stand. There was also the fantasy film, Munchausen (1943) (famously remade by Terry Gilliam in 1989) which is more readily seen these days (and available on Eureka Entertainment).

Although Hitler’s Hollywood is the main feature on the disc, both work well together, even if they are presented differently. Hitler’s Hollywood is presented more as a visual essay and not relying on interviews and letting Schusland’s words to tell the story through Keir, while in From Caligari to Hitler there are some interviews. It would be interesting to see more of these films, even films as blatantly Nazi social as Hitlerjunge Quex with some context. Films like these are unlikely to draw people into being seduced by Nazism. Otherwise the majority of these films consisted of fluffy musicals and Berg films.