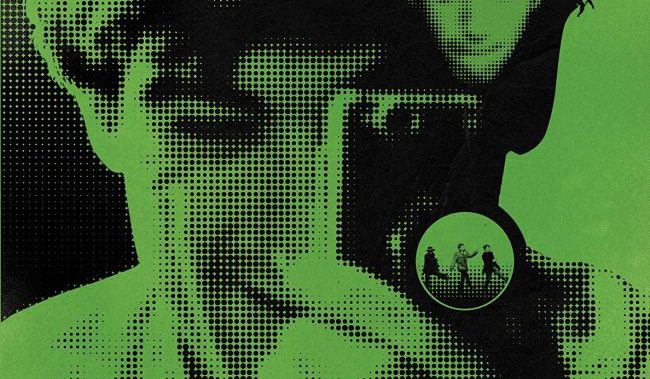 Brian De Palma is probably best known for his Hitchcock influenced thrillers and less so for making films at the centre of the counter-culture of the late 1960s and commentaries on the Vietnam War. Similarly, when you think of Robert De Niro he is most closely associated with Martin Scorsese and not De Palma; nor with the counter-culture. But in the late 1960s, other than a few very minor walk on parts, his first three films were also among the first films of Brian De Palma.

De Palma, from New Jersey, initially enrolled at Columbia University, New York as a Physics student before quitting to enroll at Sarah Lawrence College and study theatre. It was discovering the work of Hitchcock and Orson Welles, as well as the French New Wave that fired him up to change his career path. The earliest and 2nd film for De Palma was Greetings (1968), a counter-culture satire about three friends trying to avoid the draft and going to fight in the Vietnam War. De Palma has applied a loose style to his filmmaking technique, literally just going with the flow. Clearly having observed French New Wave directors like Jean-Luc Godard (especially Masculin Feminine, 1966) or Truffaut’s Jules et Jim (1961) with jump cuts or a speeded up scene of the friends running through New York resembling Richard Lester’s style in The Running, Jumping and Standing Still Film (1959) or A Hard Day’s Night (1964). Greetings is distinctly set and filmed around Greenwich Village with New York being very much the focus of all three films.

Other themes that De Palma and co-producer and co-writer Charles Hirsch play with are the characters obsessions with voyeurism, computer dating and conspiracies around the Kennedy assassination. This is an interesting first film for both De Palma and De Niro. The 2nd film is The Wedding Party (1969). Filmed in black and white, this film is different from the themes of the other two films included in the set. The film was put together by Sarah Lawrence and Wilford Leach who brought two of his students into the project: De Palma and Cynthia Monroe. It follows the weekend of a groom’s best friends as they arrive at the home of the bride’s family on Shelter Island (on the eastern end of Long Beach). These males interact with the other guests and discuss marriage as an institution. Of the three is the least interesting, has another early performance from De Niro and also includes a young Jill Clayburgh as the bride. The 3rd film is a sequel to Greetings. The radical Hi, Mom! (1970) shows a good deal more maturity and structure than the first film. The main character of Greetings, Jon Rubin (De Niro) has returned from his time serving in Vietnam. There is an edgy bitterness to this film, but also some better, sharper humour. The themes of voyeurism and internet dating also make a return. Jerry sits in his upper floor apartment, spying and filming those in the apartments opposite including a single girl, an artist and a spiritual couple. He watches them in varying states of undress, having sex and going about their lives. Of course the references to Hitchcock’s Rear Window (1954) are obvious here.

Rubin uses his what he has learnt on spying on one of the neighbours to ask her out and begins dating her, to the extent that he sets his camera up to film themselves making love from his apartment. Asides from being a comedy, it is easy to see the seeds of Travis Bickle’s character in Taxi Driver (1976) in this film with Jerry’s sociopathic behaviour. In one key scene we see a radical black guerilla group going round New York and asking WASPs if they know what it’s like being black and the black experience. They advertise for participants to take part in a film to which Jerry volunteers himself. In the following lengthy scenes there is some genuine unsettling violence shot in guerrilla style as the camera (black and white) has white people in black face and vice-versa turn violent.

It is a rare treat to see these films, albeit films of varying quality. Extras on the disc include insightful interviews with Charles Hirsch who worked with De Palma and De Niro as a producer while actor Charles Kenny provides a commentary for Greetings.